WABC
By Eyewitness News
FLUSHING, Queens -- Two adults and three babies were stabbed in a day care operating out of a house in the Flushing section of Queens Friday morning.

The victims were found inside the home on 161st Street just after 3:30 a.m. The day care is called Mei Xin Care Incorporated.

Three infants, all girls, were taken to Cornell and LIJ hospitals. They are all in critical but stable condition. The babies are extremely young, one is 3 days old, another is a month old, and the last is 20 days old.

The three day old baby and month old baby both have injuries to their stomachs. The 20-day-old baby has cuts to her chin, ear and lip.

Two adults were also injured. A female co-worker could be heard screaming. As she was being stabbed in the torso, the father of one of the babies ran in and was stabbed in the legs.

The female co-worker is in surgery for her injuries at New York-Presbyterian/Queens.

The suspect, a 52-year-old woman, was found unconscious in the basement with self-inflicted slash wounds to her wrist. She is said to have worked at the informal day care.

She is in police custody at New York-Presbyterian/Queens, where she is also being treated for critical injuries.

All the babies and children in the home were there with their parents. There were nine children in total inside at the time of the stabbings. Part of the building has living quarters and the rest appears to be a common nursery.

Other children living in the day care were not injured.

Police recovered a butcher knife and a meat cleaver at the scene. Officers could be seen carrying bags of evidence away. 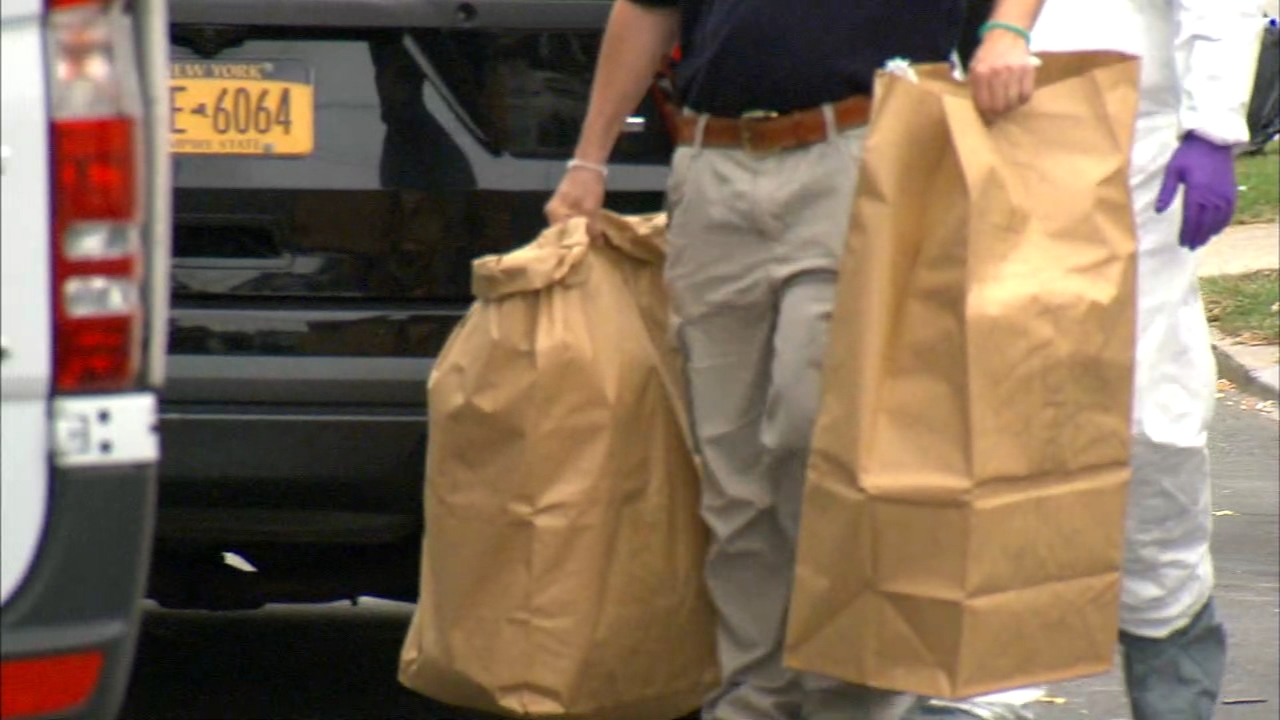