KFSN
In two weeks, millions of Californians might find themselves barred from flying anywhere without a passport or other federally accepted ID.

Even though we were told that the federal Real ID cards wouldn't be required until October 2020, that deadline may be pushed up to just 13 days from now if the Department of Homeland Security (DHS) doesn't certify California's REAL IDs as compliant with federal regulations or issue an extension, according to The Mercury News.

The DMV needs to be granted an extension for its Real ID program in 48 hours - by Thursday, Jan. 10, and the government shutdown does not show signs of ending before then.

If the current extension lapses and is not renewed by then by the Department of Homeland Security, all California driver's licenses and ID cards will be invalid for domestic air travel starting January 22.

This includes the 2.4 million Californians who have already been issued a Real ID.

The DMV blamed the government shutdown and the federal government's lack of response for the delay in receiving the extension.

"The State of California has been working for the better part of a year to be deemed compliant with the REAL ID act, unfortunately due to a lack of response on the part of the Federal Government with the ongoing shutdown there has been no final confirmation. The Department, along with the Governor's Office liaison in Washington DC continues to work to get formal notification that the state has been deemed compliant," it said in a statement to Action News.

According to the TSA's website, travelers may still be allowed to board their flight, however, if their identity can be verified through other means.

Late last year, Homeland Security notified the DMV that its process for providing residents with federally recognized identification cards is not adequate.

Because of the inadequacies, those who have received those cards will now have to submit additional documentation to validate their cards.

State Assemblyman Jim Patterson (R-Fresno) had then criticized the DMV for its handling of the new IDs and said this is just another example of the department letting Californians down.

Real IDs began to be issued in response to the 9/11 Commission's ruling, which required states to have a standardized, more secure ID for travelers boarding domestic flights.

REAL ID deadline pushed back to 2021 due to coronavirus outbreak 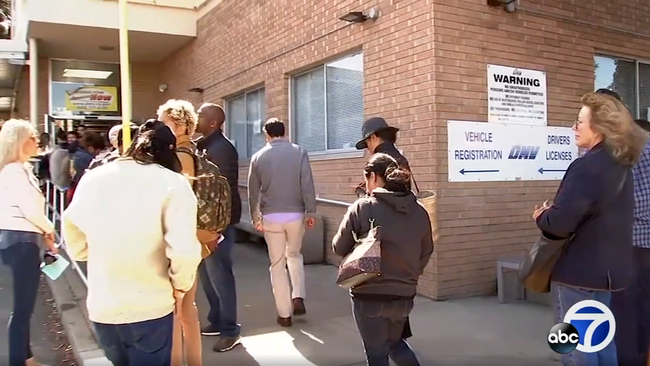