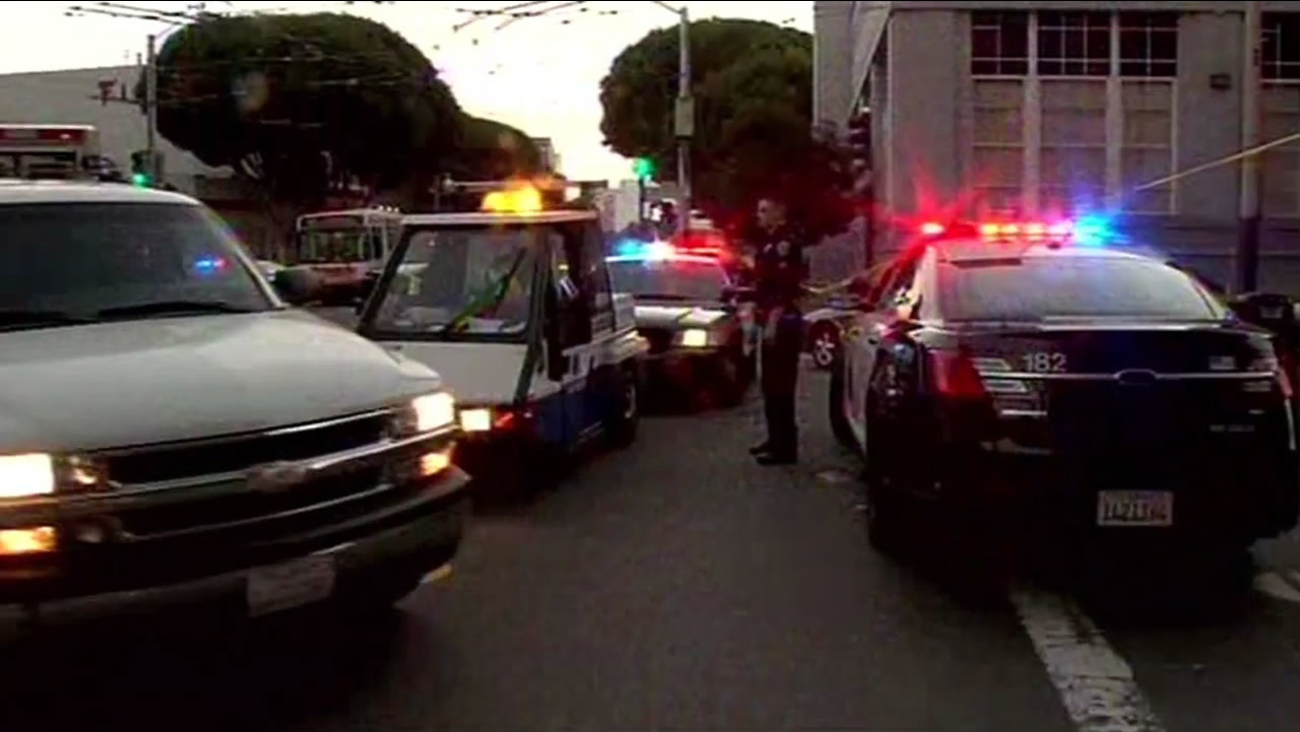 Police are investigating after a headless human torso was discovered in a suitcase in San Francisco, Calif. on Jan. 27, 2015.