What's the Warriors' Plan B if Durant leaves this summer? 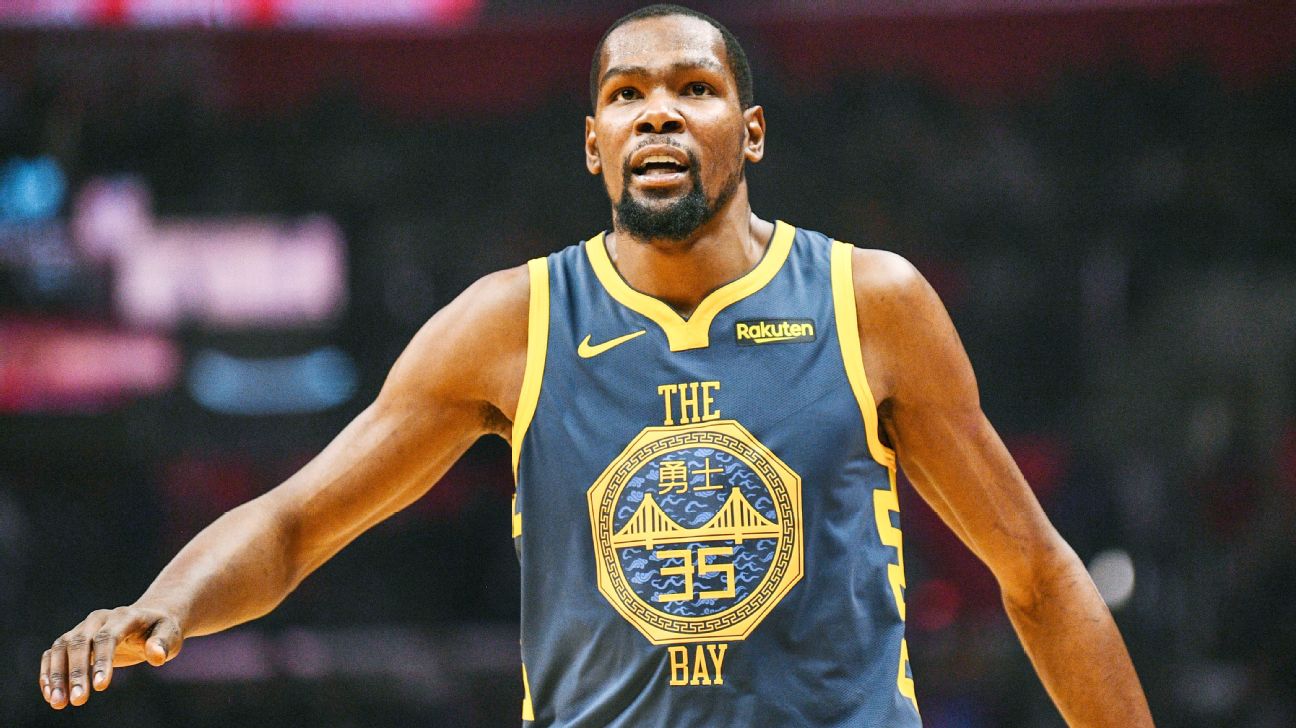 THE GOLDEN STATE WARRIORS have done their best to tell everyone, perhaps even themselves, that they are focused on the now. This season. This attempt at a championship.

It's the correct play. However, that's not a luxury their ownership and front office can enjoy. This time of year, teams are beginning to have meetings to discuss offseason plans. It's typical business. It is a must approaching the trade deadline.

And the Warriors have one of the most stressful offseasons in team history rushing at them.

This is not an unheard of position. It happens even when teams are in the midst of building dynasties. In 1998, for example, Phil Jackson declared the season was a "last dance" for the Chicago Bulls before it even began, Michael Jordan kept threatening to retire if Jackson didn't come back, and Jerry Krause plotted a rebuild every day as the team motored to a second three-peat.

In 2004, as the Los Angeles Lakers tried to win their fourth title in five years, tension between Shaquille O'Neal and Kobe Bryant built up to a boiling point in a run to the NBA Finals that forced the Lakers to trade O'Neal that summer.

Now it is the Warriors' turn. Owners Joe Lacob and Peter Guber and general manager Bob Myers see two roads on the horizon.

Path A: Kevin Durant re-signs. Celebration. Whether it's short term or long term, the supporting cast will need tweaks, but there are still multiple Hall of Famers in their prime on the roster, and the party keeps going. Just like Leonardo DiCaprio in the "Wolf of Wall Street."

This potentially would send the Warriors toward a payroll above $300 million when luxury taxes are included. They might grumble about it, but they will be able to afford it. Internally, the Warriors project a nine-figure increase in revenue when they move into the Chase Center next season, sources said. That's correct, nine figures. Do not fret about the Warriors and cash flow.

It is, of course, the preferred route. It's the route they obsess over. Like when Lacob joked about Durant re-signing before handing Durant his championship ring on opening night. Or when they had to make the decision to suspend Draymond Green after an outburst aimed at Durant earlier this season. It's about the present and the future.

Path B: Durant leaves. What is the percentage chance of this happening? Only Durant knows. Maybe it changes by the day. Maybe it doesn't. The only thing that is clear is the Warriors have to prepare for it, and they have to do so now.

The first thing they must do is to make sure Klay Thompson re-signs. It could be argued that keeping Thompson should be the Warriors' No. 1 offseason priority no matter what happens to Durant.

The Warriors need to give Thompson a hug, tell him again that they love him and give him a contract offer that doesn't encourage him to look around. Currently, Thompson makes below the max, and because he signed before the 2016 cap spike, his $19 million salary represents one of the great bargains in the league.

The Warriors reportedly wanted Thompson to extend his contract last summer. Under league rules, this would've meant he would again have received less than the max. Thompson didn't extend.

As an organizational ethos, the Warriors like to try to drive bargains with free agents. They received concessions from Steph Curry over the years, including his current deal, which doesn't have a player option or a no-trade clause, two things a player of his stature could've absolutely demanded. They've gotten Durant to take less than the max, and they got Thompson to take less than the max five years ago.

But this is no time to mess around. However the Warriors get it done, they absolutely must keep Thompson. Whether it's a #splashbrothersforlife campaign or something else, they have to show appreciation and eliminate any doubt.

Thompson has said numerous times he wants to be a "Warrior for life." That's totally cool, but Golden State cannot bank on that. The Warriors need to recruit him and lock him down as soon as possible, especially if Durant takes some days in July to make up his mind.

Once this is done, the Warriors have to make a decision regarding Green. He is signed through 2020 and is eligible for an extension next summer, and it appears he wants it. In interviews since last summer, Green has either hinted or downright referred to his desire to get paid because he too is on a contract signed before 2016, when the cap spike changed player compensation tables.

Several times this season, including in an interview with the San Jose Mercury News published this week, Green has said he's chasing the Defensive Player of the Year Award. It's rather transparently an attempt, at least in part, to qualify for a richer extension, as allowed by league rules for a player who wins DPOY.

One issue is Green isn't having a great season by his previous standards, although he has played better lately. And he didn't have a great 2017-18 season by his previous standards. He has battled several different injuries that have slowed him down. His shooting numbers have plummeted. There's still time between now and the summer and plenty of basketball left, but this negotiation could get prickly.

No matter what happens with Durant, the Warriors might have to evaluate what to do with Green. If Durant stays, it might be hard to break up what has proved to be a championship core. If Durant leaves and they can't find common ground on an extension with Green, the front office might examine whether they could find a trade for Green that would retrofit and refresh the team around Curry and, if everything goes to plan, Thompson.

This is a sensitive topic. But if the Warriors are doing their jobs -- and few are better than them at their jobs -- there's a password-protected Google Doc or a hidden white paper somewhere that details Green trades that they might consider in the summer.

Path B is, without question, the more challenging path.

As for DeMarcus Cousins, who is slated to make his debut this week, the projection is much simpler. It seems unlikely Cousins will be a part of Path A or Path B.

If Cousins' return from an Achilles injury is a success, the Warriors probably wouldn't be able to afford him. Under just about any scenario, the Warriors could pay Cousins only around $6 million next season. Cousins, who is trying to use this year to rebuild his value as well as chase a title, no doubt has higher expectations.

If Cousins' return from injury isn't as successful or his fit isn't good, the Warriors would likely move on.

Predicting the future in the NBA is a pathway to being made a fool; the league is too fluid and there are too many variables. But preparing for the future is vital to a team's success.

Krause, the late Hall of Fame scout and executive who built a Bulls dynasty and also dismantled it, was famous for saying that players don't win championships, organizations do.

That concept is controversial. But there's no question that a marriage of excellence in both is required. The Warriors have had that over the past five years. Keeping that success going is going to take a lot of work.

THERE ARE A FEW good candidates for Coach of the Year at this point.Mike Budenholzer in Milwaukee. Mike Malone in Denver. Nate McMillan in Indiana. But in this corner, Gregg Popovich has been doing it again.

Pop famously/infamously didn't win COY until his 16th season on the sideline in 2012 (he won it again in 2014) and generally has been overlooked in this category over the years. The trauma of losing Kawhi Leonard, Manu Ginobili and Tony Parker in the same offseason and then Dejounte Murray in the preseason could've wrecked this season. The Spurs were 11-14 at one point and playing some of the worst defense of Popovich's career.

In the weeks since, the Spurs have completely turned their season around. Bucking a leaguewide trend, Popovich has pulled his offense in, cutting down on 3-pointers and creating midrange shots for LaMarcus Aldridge and DeMar DeRozan, and it has led to a soaring offensive rating.

The team's development system looks to have spit out another player, guard Derrick White, a crafty combo guard whom Popovich has trusted with late-game minutes. White spent last season leading the Austin Spurs to the G-League title, and those reps, his work with the development coaches and Popovich's tutelage are helping cover for the loss of Murray.

The defense has subsequently improved, and the Spurs are back on track to keep their playoff streak alive at 22 years.

IT'S ALMOST TIME for All-Star voting and for the annual snubs list. In 2011-12 when the lockout was ending, the league made a temporary rule change and increased the active roster from 12 players to 13 every night. Teams liked it so much they voted to keep it that way.

Yet the All-Star rosters have not grown and have remained at 12, leaving the coaches in each conference with seven reserve spot picks each year. As the conference talent has remained imbalanced toward the West and teams are now divvied up regardless of conference, perhaps it's time to take a fresh look at the voting.

Let's have 13 players on each side, a normal active roster. And instead of the coaches voting on just their conference's reserves, have them vote for the whole reserve roster of 16 players to join the 10 starters put in by fan, player and media voting.

If there's a concern about imbalance, require that seven of the reserve picks must come from each conference. This way the voting can be nimble and adjust with the talent flow from East to West.

Then eliminate the first two injury replacements and only name a new player when one team is in danger of having fewer than 12 healthy players. As for playing time, we're moving toward easing the burden on All-Stars. Some guys won't want to play much already. Last season, for example,Jimmy Butler asked to be a healthy scratch.

More All-Stars is better for business. It engages more fan bases. It helps with marketing. It creates better awareness of players. Let's think about it. 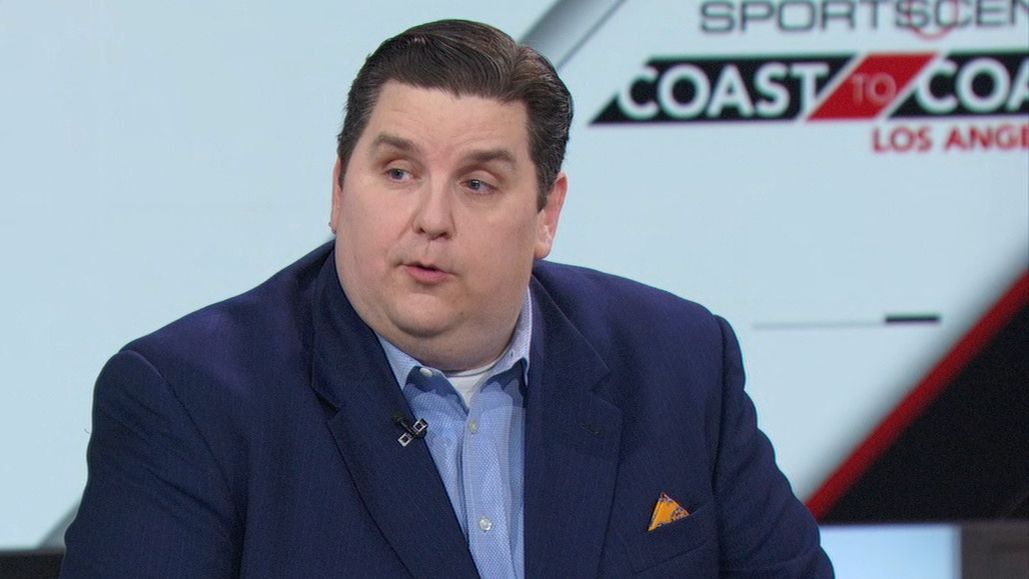