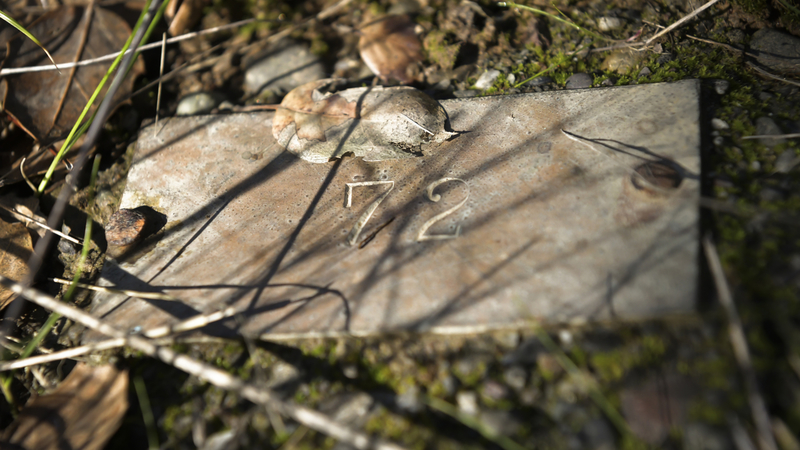 LUCAS VALLEY, Calif. (KGO) -- A long-forgotten cemetery is becoming a popular cause in Marin County, thanks to a couple of teenage filmmakers who have made it relevant again.

Every so often, we discover the past by accident. That begins to explain the relationship 17-year-old Georgia Lee has with the seemingly vacant lot in Lucas Valley. "I biked past here for three years going to middle school, and never knew."

She never saw the pieces of concrete stuck in the ground, or their plated numbers. When Georgia and Mitchell Tanaka learned the secret of this place from a county park ranger, there was no turning back. "There are graves everywhere," she said as we walked through the field.

RELATED: Oldest military cemetery on the West Coast in dire need of improvements

It's a mostly forgotten, unmarked county cemetery with at least 280 minimally marked graves, and maybe as many as 1,000 dating back more than a century. The residents came from what used to be the nearby poor farm and county hospital. The most famous may be Miran Edgar Thompson, executed at San Quentin Prison after killing correctional officers in a takeover on Alcatraz. No one claimed his body.

"These are people with no place to go and this is where they went to," said ranger Michael Warner. He keeps copies of the death records, and knows the stories.

When Georgia and Mitchell heard them, she says they "immediately wanted to do something "

So what else is a high school student to do, except make a documentary? Georgia and Mitchell took this otherwise overlooked field, and gave it historical context. The documentary is called, 'A Silent Legacy.'

"So we got into the Marina Del Rey Film Festival, and won best screenplay," said Georgia.

"With your first doc?" we asked. "Yes. And it plays in the Chinese Theater on Hollywood Blvd in March!"

Those are nice, perks, but not their ultimate purpose. Georgia and Mitchell want the county to designate this place. They say it's the least we can do for early residents who died with so little. "The issue is people run and hike on this field every single day and they don't know it's here. It's disrespectful. We need to mark this."

Their idea has been gaining support.

That's the power of teens with a sense of history, exercising their convictions with a camera.