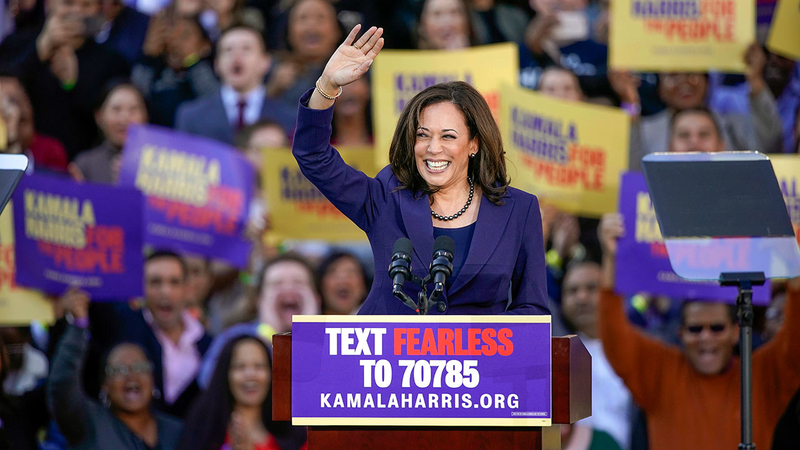 OAKLAND, Calif. (KGO) -- California Senator Kamala Harris has officially launched her campaign for president with a rally in Oakland.

Harris told supporters that those in power are trying to turn people against each other, which she says is "not our America."

The event was the formal kickoff of her campaign for the nomination.

Speaking at Oakland's City Hall, Harris says the American Dream and American democracy are under attack and on the line like never before. She says that racism, sexism, anti-Semitism, homophobia and transphobia are real in the U.S. and must be recognized and dealt with.

Harris said she was running "to fight for an America where no mother or father will have to teach their young son that someone will stop him or kill him because of his race."

Harris announced she's running for president in 2020 earlier this week. She says a big part of her decision to run was the outcome of the 2016 election


More stories and videos related to Kamala Harris:
Who is Kamala Harris? What to know about the Democratic 2020 candidate

Who's running for president in 2020? List of Democratic candidates