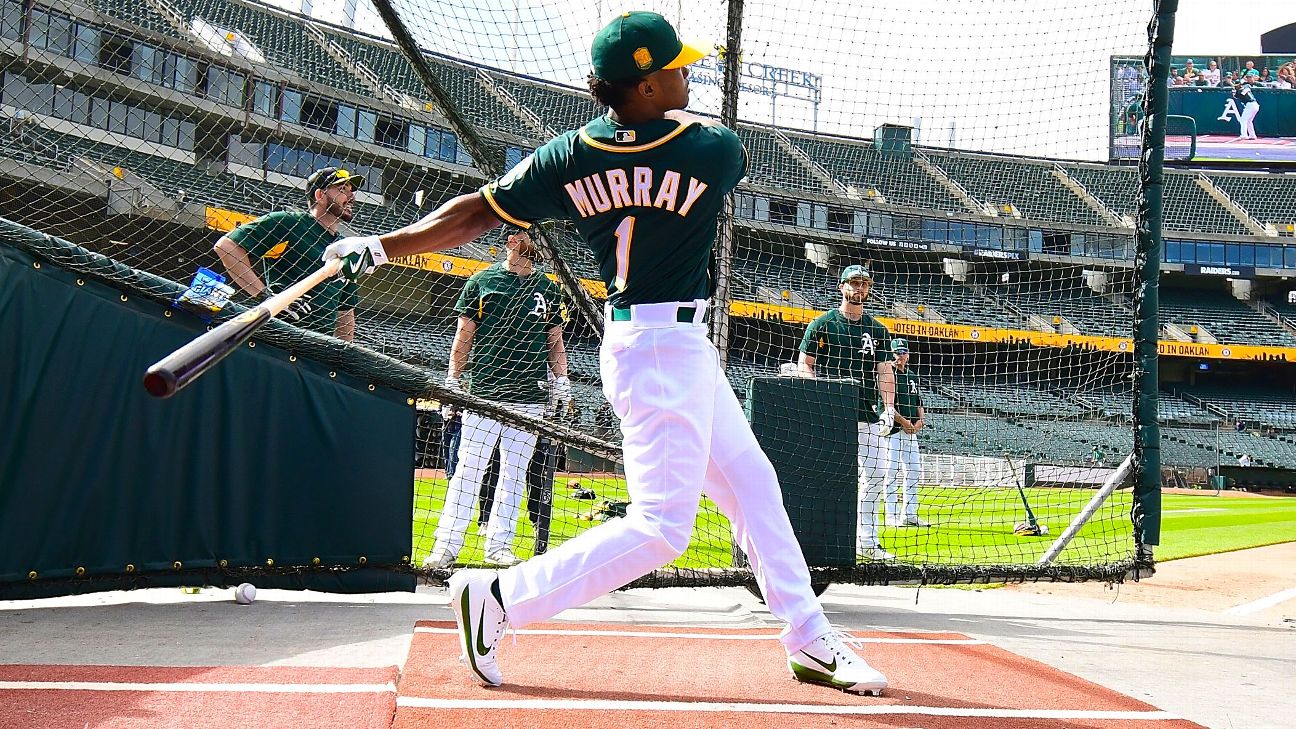 The two-sport star has a locker and a No. 73 jersey waiting for him in Oakland's clubhouse at Hohokam Park, but general manager David Forst said Sunday that the team is still talking to the Murray family as the Heisman Trophy winner tries to decide whether to pursue MLB as an outfielder or the NFL as a quarterback.

The Athletics' pitchers and catchers will hold their first workout of spring training on Monday. Position players are scheduled to report on Friday.

"Things have certainly changed since the draft,'' Billy Beane,Oakland's executive vice president of baseball operations, said Monday. "The situation is fluid right now and based on a historic college football season that the young man had.''

The A's start full-squad workouts Saturday, a day after their position players report.

"I don't have any answers for you, and I probably won't until we've decided on the process,'' Beane said. "All I can tell you is it hasn't been decided and the conversations will continue.''

Beane would not reveal a timeline in regards to making a decision about Murray's future. The NFL combine begins Feb. 26.

Murray's baseball deal called for him to receive $1.5 million within 30 days of the deal's approval last summer by Major League Baseball and $3.16 million on March 1. If he doesn't play baseball, Oakland would get back the money it already has paid and not have to give Murray the remainder.

Bo Jackson and Deion Sanders played both football and baseball, but Jackson was a running back and Sanders a cornerback.

"Quarterback is a very demanding position, as is being a Major League Baseball player,'' Beane said. "To say somebody could or couldn't, I'm not here to say that. Something like that is something that is part of our private discussions.''