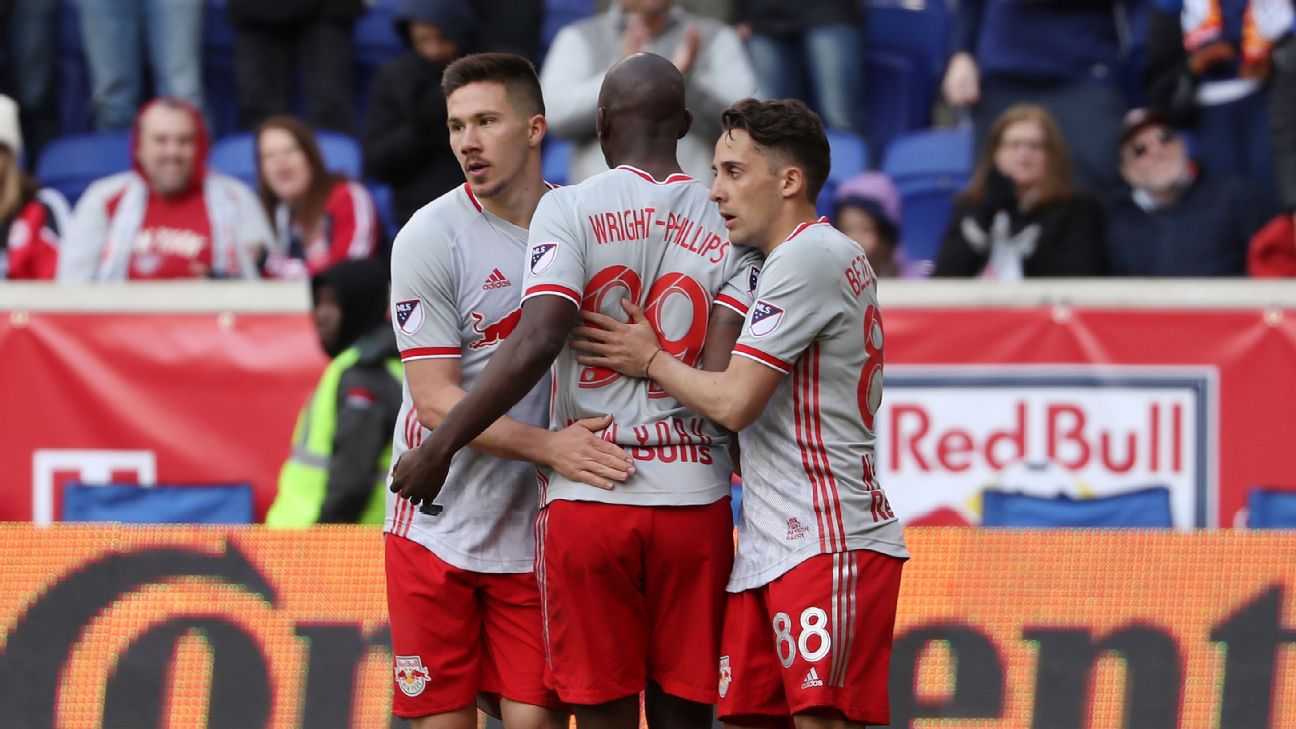 The New York Red Bulls rallied from a scoreless first half to rout the visiting San Jose Earthquakes 4-1 on Saturday afternoon.

Yet, San Jose had a surprising 1-0 lead at the end of the first half as the Earthquakes turned in an inspired effort in the first 45 minutes. But in the second half, New York drew even just over five minutes after the restart as the flow of the game switched and the floodgates opened.

Bradley Wright-Phillips drilled a shot from 18 yards out that forced San Jose goalie Daniel Vega to the ground for a diving deflection. The ball went to the left and to New York's Daniel Royer.

Royer sent it back across the goal to Alex Muyl, who hit his first-time shot into the net to tie the game at 1-1.

In the 71st minute, New York made it 2-1, and it was the Royer to Muyl duo that got it done again.

Royer took the ball to the end line before cutting it back to the middle. His pass deflected off a San Jose defender, forcing it into the air. When it came down, Muyl was waiting, volleying it home for the lead.

Wright-Phillips made it 3-1 with five minutes left in regulation, converting a pass from Sean Davis. Royer got the last goal, putting home a cross from Michael Murillo in the final minutes of the game.

San Jose struck early, scoring in the fifth minute, when Magnus Eriksson found Cristian Espinoza down the right side. Espinoza pushed it into the box, then beat New York goalie Luis Robles to his right for the 1-0 lead. 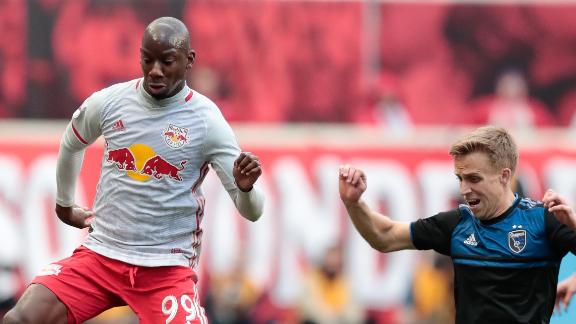