KGO
SAN FRANCISCO (KGO) -- A Bay Area woman accused along with her husband of paying hundreds of thousands of dollars to get their daughters into UCLA and USC made her first court appearance on Monday.

The Boston Globe reports Davina Isackson of Hillsborough appeared 11 days earlier than expected, she had originally been scheduled to appear on March 29.

She did not enter a plea and the Globe reports she was released on $1-million bond and ordered to surrender her passport.

Prosecutors say Isackson and her husband Bruce paid more than $600,000 to help their daughters get into college. They add $250,000 came from Facebook stock given to the organization of the ring leader, Rick Singer.

One of the schools the Isacksons' are accused of trying to get their daughters into, USC, is now reviewing students who may be caught up in the college admissions scandal.

On Monday the school posted an update saying it had notified students whose cases it was reviewing.

USC has placed their accounts on hold which means they cannot register for classes or acquire transcripts.

The school says it will take the appropriate action when the reviews are complete and that could include revoking admission or expelling students. 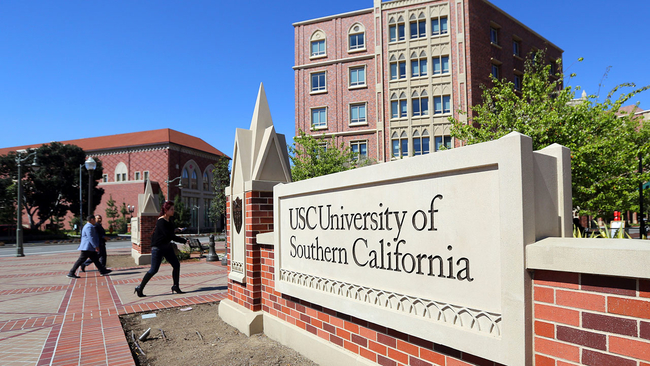