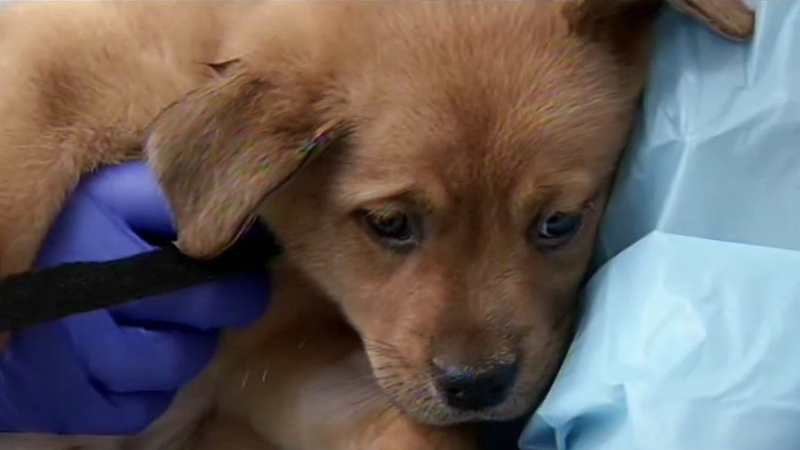 The SPCA says they've had hundreds of families surrender their animal because they can't find pet-friendly housing.

You'd think their puppy eyes would win over any landlord, but not so in San Francisco. "They say San Francisco's like the most dog friendly, pet friendly city place but in reality it's really not," Jacob Ayoub said.

With the competitive housing market, many landlords simply won't rent to families with cats or dogs.

San Francisco resident Michelle Schurig said it was nearly impossible to find an apartment to live in with her pet and almost had to move out of the city, so she compromised on location and apartment quality in order to keep Chewy.

Other animals aren't as lucky such as Catsy Cline who had a stable and loving home. "She was in a house for 12 years and suddenly they weren't allowed to have pets in that house. And they couldn't find another place to move that would allow pets either," SPCA adoption coordinator Emily Wood said.

Her family gave her to the SPCA 10 months ago.

Since March of last year, the SPCA says 207 families were forced to surrender their animals.

The Mission District has the most pet surrenders, which are mostly caused by new lease agreements or a change in landlord. "People come in and they're making a really hard decision, whether or not to give up a member of their family or to keep secure housing and that's not a position that people should be put in," Wood said.

If you're forced to find a new home, Wood recommends getting your pets status in writing at the time you sign your lease.

"If your landlord sells the building and it's not in your lease that you're allowed to have a pet, then the new landlord can make trouble for you," Wood said.

In the meantime, Catsy Cline is still waiting and hoping there's a family out there that can provide her with a permanent home.