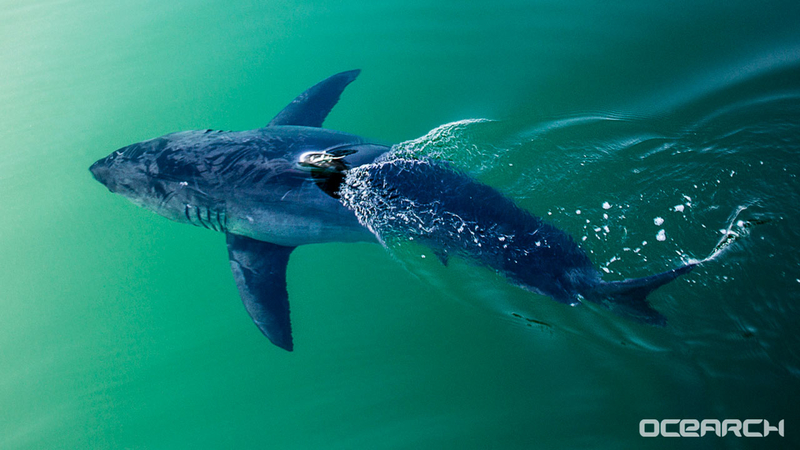 Why scientists are watching 1,668-lb shark in Gulf of Mexico

PANAMA CITY, Fla. -- Researchers are keeping their eye on a 12-foot, 1,668-pound great white shark as she makes a rather unusual journey through the northern Gulf of Mexico with the hope that her travels will help scientists better understand how sharks move through the world's oceans.

The shark in question, Miss Costa, first came into contact with researchers working with conservation organization OCEARCH on Sept. 23, 2016, off the coast of Massachusetts. OCEARCH scientists affixed a transmitter to Miss Costa's fin that relays information like her location and depth, a process known as tagging.

Over the course of the past nearly three years, that tag has relayed data indicating that Miss Costa traveled up and down the Eastern Seaboard. She was most recently spotted this week quite far north in the Gulf of Mexico in waters south of Panama City.

It's not at all a surprise that a great white made it into Gulf -- in fact, OCEARCH's own data has shown that there are great whites in the Gulf for at least half of the year. But the organization said Miss Costa's journey is notable because they don't often track large female sharks that far north in the Gulf.

Researchers have drawn parallels between Miss Costa's path and that of another shark tracked by OCEARCH, a mature male named Hilton, around the same time last year. Hilton, though, made an even closer approach to Florida's Panhandle than Miss Costa, and his travels took him to the DeSoto Canyon region of the Gulf. OCEARCH posits that could be Miss Costa's next stop.

A better understanding of how the great white shark moves through the ocean will help scientists protect and conserve the species, which is considered vulnerable to extinction by conservation organization IUCN. The sharks are often caught and killed accidentally by commercial fisheries in search of other species, and they're sought in some areas as part of the shark fin trade in which a shark's fins are removed and the animal is left for dead in the ocean, unable to fend for itself. The highly valued fins are then used to make shark fin soup or used for controversial traditional medicinal applications.

In addition to the data that OCEARCH receives from its tagged sharks and resulting scientific research, the organization has another tool for shark conservation: its wildly popular shark tracker. OCEARCH makes location data from its tagged sharks publicly available as a map on its website so that members of the public can get involved in shark conservation, making it a kind of spectator sport where enthusiasts can track sharks in near-real time as they surface and transmit data.

"You've got exploration in the now, science in the now and education in the now. And we know everybody lives in the now," OCEARCH founder Chris Fischer told the Discovery Channel in a 2015 interview. "When people feel included, they're inspired."

Shelley Collett was exploring the Aeolus wreck off the coast off North Carolina when an inquisitive sand tiger shark approached her. Collett said she "had the sneaking suspicion that I was being watched" before she noticed the shark.