Sunnyvale police say suspect in 'deliberate' crash has no remorse

KGO
By Anser Hassan
SUNNYVALE, Calif. (KGO) -- Chief Phan Ngo with the Sunnyvale Department of Public Safety says the alleged driver in Tuesday night's accident has "not shown any remorse."

The driver has been identified as 34-year-old Isaiah Peoples of Sunnyvale.

At a Thursday morning press conference, police say Peoples' was taking food to his Bible study group when he plowed through the intersection of El Camino Real and Sunnyvale Saratoga Road, hitting eight people. Police are calling it a deliberate act.

Chief Ngo says the seven of the victims remain in serious condition. The eighth victim, a 13-year-old girl, is in critical condition.

According to Chief Ngo, witness statements have played a big part in their investigation.

Peoples, who grew up in the East Bay and lives in Sunnyvale, is auditor at the Department of Defense in the finance department.

Chief Ngo says they obtained a search warrant to go thorough Peoples' computer, which will take several days to analyze. Ngo went on to say that they didn't find anything alarming on his social media, however, they did find an inoperable shot gun in Peoples' car. The chief says

Peoples has no criminal record.

Isaiah's family describes him as a devout Christians with a clean record, who doesn't drink alcohol or illegal drugs. They say Isaiah is an Iraq War veteran, who may be suffering from PTSD. 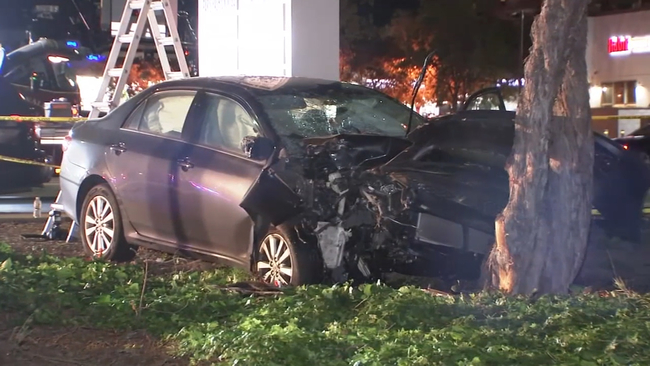