KGO
Among Fortnite's 250 million players, some play for hours on end. What's happening in the brains of the game's most devoted players, especially the young players? ABC News' Becky Worley set out to illustrate potential effects by conducting an experiment with two young volunteers.

Chicagoland native Tyler "Ninja" Blevins has millions of social media followers and sometimes hundreds of thousands watching him play Fortnite at one time.

"When you're just light-headed, and you can't get enough Fortnite, but it hurts inside," he said of times when he plays for too long.

Cash's mom estimates that he plays the game as long as five hours on weekend days. She said he would prefer to play Fortnite with his friends online rather than seeing friends in person. Cash says he can't think of a single activity he'd rather do than play Fortnite.

Experts say games like Fortnite are designed to keep you hooked.

"You're completing challenges," explained Dr. Jamie Madigan. "At the end of those various challenges, you level up. You earn rewards -- cosmetic items that you can show off."

To study the effects of his habits, Cash went through an fMRI machine and they showed him a series of random visuals, followed by an older but similar game to Fortnite, followed by Fortnite.

What Dr. Andy Newberg noticed looking at the scans is that when Cash was shown Fortnite, the dopamine area of his brain lit up -- but this didn't happen for Amado. Newberg pointed out that the anterior cingulate, the area that releases dopamine, can sometimes be associated with addiction.

"Just because we see a dopamine area lighting up in the gamer that we saw today, that doesn't inherently mean that the person has an addiction," he continued. "What it means is that it's affecting the areas of the brain that are involved in that. We ultimately have to find out how they're doing as a person."

Though Cash is doing well in school and other areas of his life, the experiment gave his mom pause.

"It's a big deal," she said. "I think everything in moderation. And I don't know what moderation is with Fortnite." 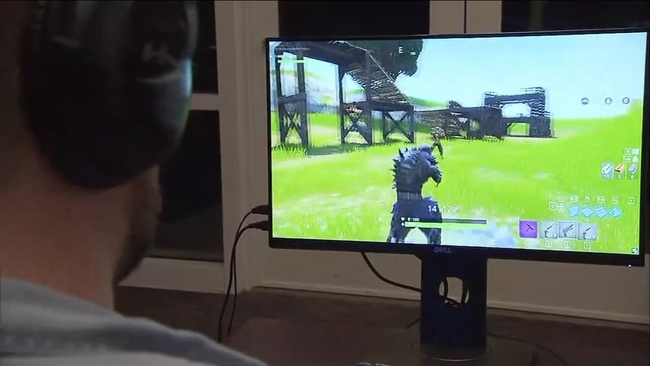 Fortnite is as addictive as cocaine, lawsuit alleges