Woman attacked by 8-foot alligator while swimming in lake

KTRK
COCOA, Fla. -- A woman has been airlifted to a hospital after she was bitten by an alligator in Florida, officials said.

Officials say 26-year-old Nichole A. Tillman was swimming on Saturday afternoon at Key Lake Wilderness Park when she was attacked suddenly by an 8-foot-6-inch long gator.

"We're hanging out about waist to chest deep in the lake, next thing you know a girl starts screaming and luckily a couple guys reacted and grab her," eyewitness Dave Nygard told ABC News. "I thought she was more or less joking around ... next thing you know we pull her out and her side and her thigh were open. So then about 30 seconds later I see a gator head pop up. It was every bit of 8 foot."

Rescuers who rushed to help Tillman put her on an all-terrain vehicle and drove her a couple of miles out of the woods to a nearby road, where she was loaded into a medical helicopter and flown to Holmes Regional Medical Center in Melbourne, officials said.

"We have a female who was allegedly bit by an alligator. She was out in the woods, swimming in a lake, from what we understand," Brevard County Fire District Chief Thomas Uzel said. "She was classified as a trauma alert and she was transported to Holmes."

Officials did not release information on the extent of her injuries, only calling them "significant." The Florida Fish and Wildlife Conservation Commission said only that they were "non-life threatening."

An alligator trapper responded to the scene and successfully removed the gator that attacked Tillman from the area, officials said.

"I mean, it's scary," Nygard said. "Just thankful a little kid wasn't in the lake at the time, because more or less the gator probably would've gotten the kid."

Nygard said there were about a dozen people swimming in the lake at the time.

"Several people grabbed towels and shirts and wrapped her side and leg and then they rushed her up here to the road," he said.

A woman was killed by an alligator in Hilton Head, South Carolina, in August trying to save her dog from attack, while a man in Lakeland, Florida, suffered a severe injury when he was bit by a gator in December.
Report a correction or typo
Related topics:
pets & animalsfloridawild animalsanimal attacku.s. & worldalligator
Copyright © 2020 KTRK-TV. All Rights Reserved.
ALLIGATOR

Why are there 2 alligators that live in this bank in Alvin? 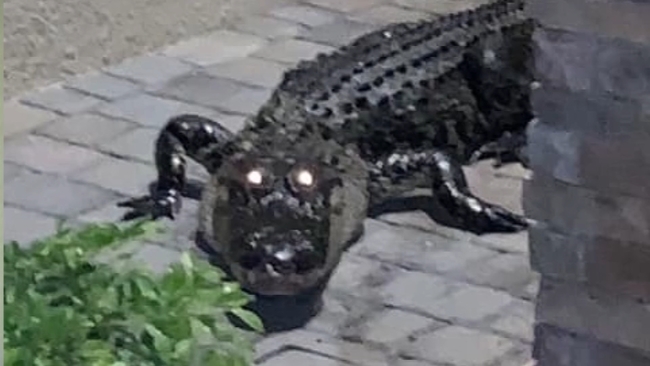 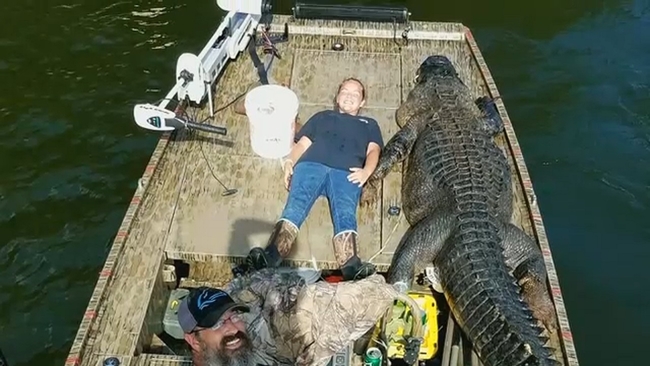 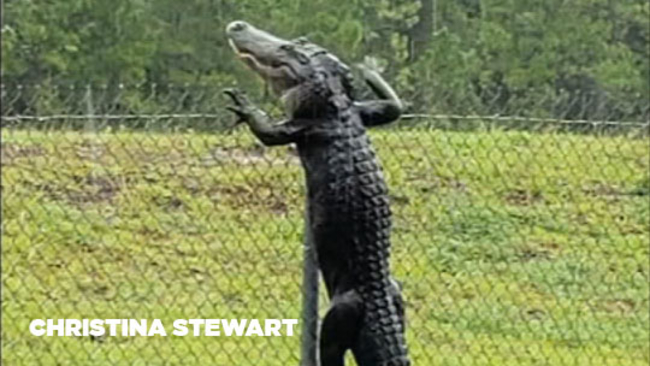