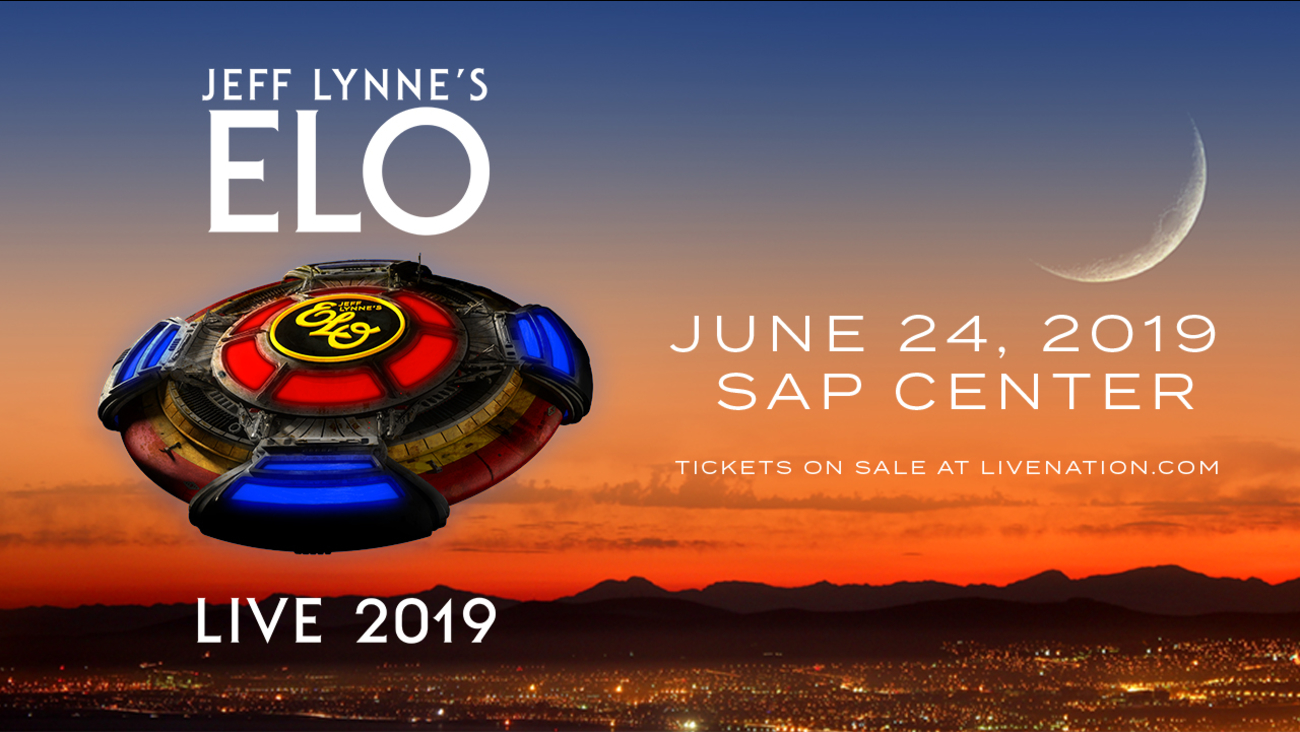 SAN FRANCISCO (KGO) -- Known as one of the most iconic forces in music history, Jeff Lynne's ELO has spent the last two years with a critically acclaimed and chart-topping album, a sold out run of UK and European shows, as well as an induction into the Rock and Roll Hall of Fame. The band has always been known for their epic live shows and with a distinct style that seamlessly and innovatively blends rock, pop and classical, ELO has had more than 20 Top 40 Hits across the U.S. and the U.K., making Lynne's sweeping productions some of the most recognizable music of the last forty years and helping sell over 50 million records worldwide.
Widely agreed upon as one of the greatest record producers in music history, Lynne was a co-founder and member of The Travelling Wilburys together with George Harrison, Bob Dylan, Roy Orbison, and Tom Petty, as well as a producer and collaborator with some of the biggest names in music including The Beatles, Paul McCartney, Ringo Starr, Joe Walsh, and most recently, Bryan Adams.

Tickets are available now at Live Nation for the SAP Center show at San Jose on Monday, June 24th.

ELO is one of the biggest bands in the world. Here are a few fun facts about them.

Evil Woman is a Good Song

Learn about ELO's hit song "Don't Bring Me Down."