Robbery in San Rafael may be connected to others

KGO
By Amy Hollyfield
SAN RAFAEL, Calif. (KGO) -- San Rafael police are putting the word out about a recent jewelry store robbery to try and get help in the case and to warn other store owners they could be next.

Police released surveillance video taken by a camera inside the store. You can see three men break open the front door with what looks like rock. They then start breaking the glass on display cases with small hammers and grabbing pieces of jewelry.

A witness saw the three men come out and meet up with a fourth man, who was possibly serving as lookout. They got into a gold Mercedes and drove away. They were in and out in 56 seconds.

Police now think this could be tied to other robberies in the Bay Area.

"Our crime analyst was able to piece together some other related -- well, we think it is related... we are not ready to say connected for sure -- but through MO, time of day, and the way it was handled, we feel there are at least four or five in the Bay Area that could be linked," said Lt. Dan Fink with the San Rafael Police Department.

They are looking at other robberies that happened in Petaluma, Novato, San Ramon, Fremont and Yuba City.

They are putting the word out now with the encouragement of the staff at Villa Jewelers.

"The owner that I spoke with was obviously very upset and really was hoping we would get this out to everybody so we could publicize this case since there are some similar in the Bay Area as well as letting jewelry store owners know to take all their merchandise out of their display cases every night," Lt. Fink said.

The thieves are covered with masks, gloves and hoodies, so it is tough to identify them.

You can see them struggling to break some of the glass. Police said some of the cases had safety glass, something they recommend other owners using in their stores.

Officers plan to check pawn shops and the internet for the jewelry but they say finding the goods and linking them to the crime isn't as easy as you might think. They suggest putting identifying information on your merchandise to help police with a case should you one day become a victim of this crime.
Report a correction or typo
Related topics:
san rafaelburglarycrimerobberyjewelry theftsurveillancejewelrycaught on camerasurveillance video
Copyright © 2020 KGO-TV. All Rights Reserved.
BURGLARY 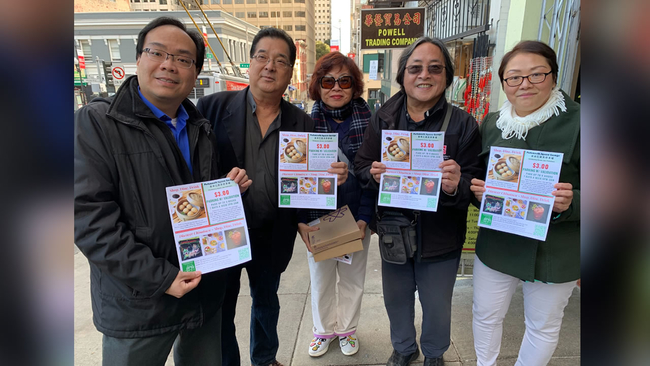