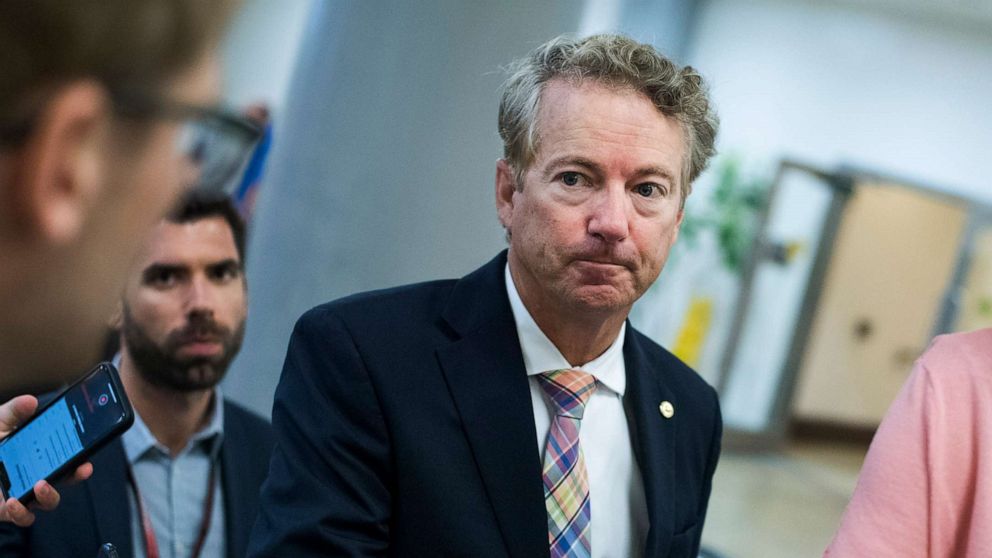 ABCNews
By SARAH KOLINOVSKY
Senate Minority Leader Chuck Schumer is warning against any roadblocks to passing a 9/11 victims compensation bill after Sen. Rand Paul objected to passing the measure over how much the bill would cost.

The bill passed the House overwhelmingly on Friday, 402-12. Proponents are waiting for Senate Majority Leader Mitch McConnell to bring the bill to the Senate floor for a vote.

But when Senator Kirsten Gillibrand, D-N.Y., attempted to pass the bill in the Senate on Wednesday by unanimous consent, Sen. Rand Paul, R-Ky., objected, raising questions about how to pay for the fund, which will continue through 2090.

"Any new program that's going to have the longevity of 70, 80 years should be offset by cutting spending that's less valuable. We need, at the very least, to have this debate," Paul said.

Appearing unannounced at a press conference organized by Gillibrand this afternoon, Schumer fired back.

"Is the great American tradition of helping those who helped us in war time ... over?" Schumer shouted. "I don't hear Rand Paul get up on the floor and say we have to pay for the entire defense budget with the money for our soldiers. Why is he doing it now? For these first responders, they are no different than our soldiers!"

Schumer also warned McConnell against attaching the 9/11 bill to a bill to raise the debt ceiling, which would also deal with budgets. McConnell has vowed to pass the bill by August, after having received the badge of NYPD Detective Luis Alvarez, who recently lost his battle with cancer.

House Speaker Nancy Pelosi and Treasury Secretary Steven Mnuchin have been engaged in a debate over raising the debt ceiling, which must be done before Congress's August recess to avoid a possible default, which could roil the economy.

"I've heard a rumor it would be on the debt ceiling ... You never know what games come up when you try to add it to something," Schumer said.

Schumer said he spoke with Pelosi and Mnuchin this morning, and that the topic of the 9/11 bill did not come up in that conversation. Yet he reiterated his warning, giving no sense of where the "rumor" that the bills would be attached on the floor came from.

Comedian Jon Stewart has been a vocal advocate of the bill, traveling to Capitol Hill many times to urge its passage. On Friday, he urged McConnell to take the bill up on the Senate floor, saying "This is necessary, it is urgent, and it is morally right."
Report a correction or typo
Related topics:
abc newsnational
Copyright © 2020 ABC News Internet Ventures.
More Videos
From CNN Newsource affiliates
TOP STORIES