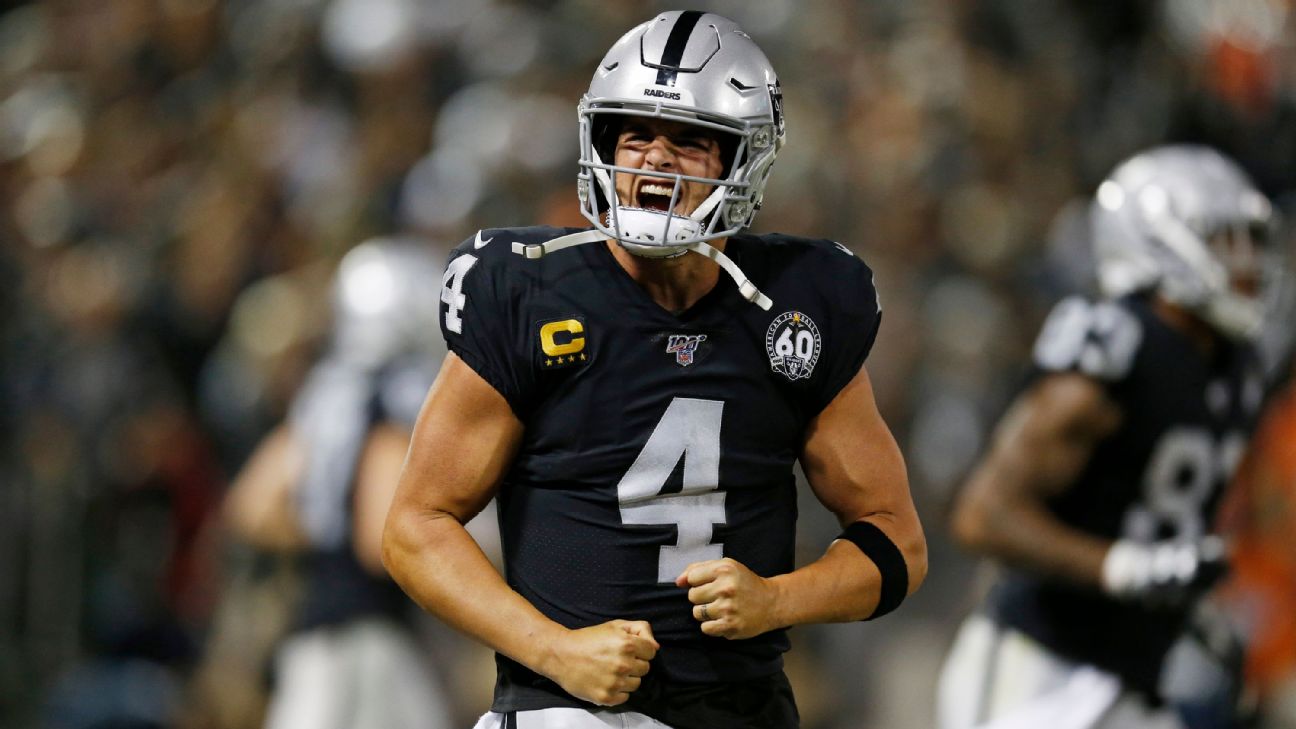 OAKLAND, Calif. -- Some 52,359 jilted and full-throated hometown fans let short-time former Oakland Raiders receiver Antonio Brown know how they felt about him with derisive chants of "F--- AB!" on every big Oakland play Monday night against the Denver Broncos -- and there were many in the course of their 24-16 season-opening victory.

The Raiders, meanwhile, let Brown know how they felt about him: that he was not missed.

Tyrell Williams adapted well to his new role of WR1, hauling in six passes, one more impressive than the next, particularly his highlight-reel 24-yarder that set Oakland up at the Denver 4-yard line in the fourth quarter on a laser throw from quarterback Derek Carr. Williams finished with 105 receiving yards.

Carr, who had a 121.0 passer rating, was 22-for-26 with 259 yards, a touchdown and no interceptions, was not surprised by the offensive output without Brown.

"Antonio is no longer with us. And we love Antonio; we wish him the best. But we knew, with the guys we had in our locker room, we already had a good football team," Carr told ESPN after the game. "I hope he goes off and has a great year. But the guys in this locker room -- the guys that competed during training camp all offseason -- we grinded, we came together; we're a family. And this family's pretty special, and I'm glad to be the quarterback, a part of it."

According to NFL Next Gen Stats data, Carr's 8-yard touchdown pass to Williams in the first quarter was a tight-window throw. Carr had only two tight-window touchdown throws last season.

And Williams' 43-yard reception on third-and-1 in the second quarter was thrown 32 yards, a familiar sight for the former Chargers wideout. He had five catches of at least 30 yards in 2018, while the Raiders had three as a team.

"I mean, honestly it's a distraction," Williams said of the Brown saga. "But there's nothing we can do about it. So regardless, we were going to go out there and play. So we just had to let it be what it was. I feel like we prepared well. We prepared all training camp, all OTAs and it showed today. I had no question that we were going to be able to come out here and do what we did tonight."

New starting tight end Darren Waller also showed what a matchup nightmare he can be with his receiver-like skill set in catching seven passes for 70 yards. He had six total catches in four games last season.

The revelation? Rookie running back Josh Jacobs, who rumbled for 85 yards on the ground on 23 carries and, with two touchdowns, became the first player in Raiders franchise history to find the end zone twice in his NFL debut.

Still, with the shocking turn of events last week with Brown, many wondered how the Raiders would react once they finally took the field. Just don't count Raiders coach Jon Gruden among them.

"It really wasn't (a distraction)," Gruden said. "I'm just going to tell you, there really, it wasn't. Maybe for the media, but what happened here the last couple days may have been big news to some, but there were no distractions, I think you could tell that tonight. Our team was ready to roll...I'm never going to bring it up again. That incident, whatever you call it, had nothing to do with our team's focus or preparation. That's it; end of story. Sorry.

Pressed on Brown, Gruden said, "I mean, my God, I feel like someone's smashing my temple on the side of the head. Get over it, man, it's over. We were good in the preseason without him; we're going to be fine without him. We wish him the best.

"But we gave it a shot and now New England gets their turn. Good luck to them. But I just can't deal with it anymore, really. Sorry."

Not as sorry as the Broncos were had they taken the relatively anonymous Raiders offense for granted. Especially on that 13-play, 95-yard touchdown drive that ate 8:35 off the clock in the second quarter -- Oakland had just one TD drive of at least 95 yards over the previous three seasons.

"It's a lot of unknown names that's going to become big names," Jacobs said. "That's the only way I can really explain it. We have a lot of guys that just want to play football and want be a Raider, and that means a lot. Just having that mentality is half the battle." 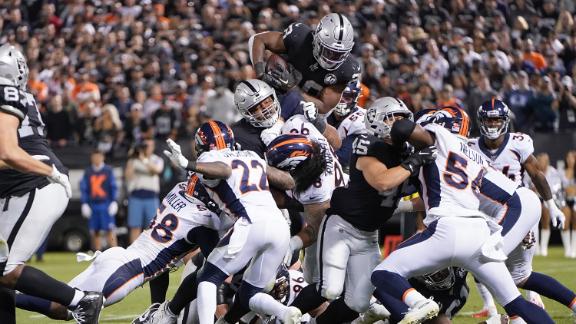