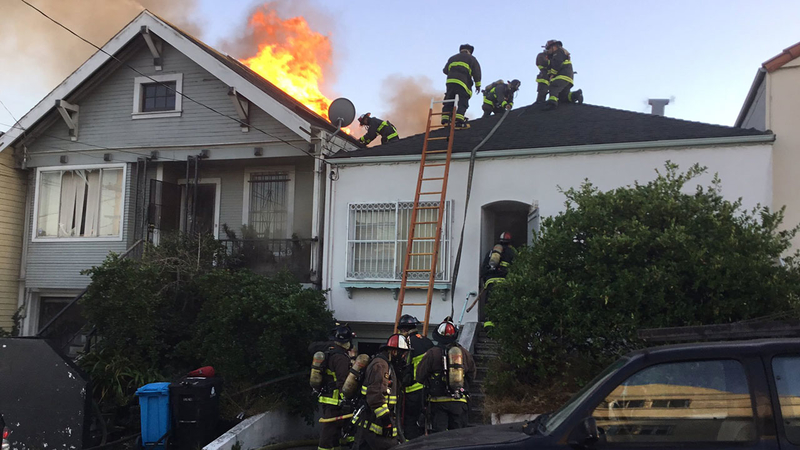 Firefighters were evacuated from the structure because the roof collapsed. All firefighters escaped injury, fire officials said.