Are San Francisco stores complying with the city's 'cashless' ban?

KGO
By Michael Finney
SAN FRANCISCO (KGO) -- It has been a little more than a month since San Francisco's ban on cashless stores took effect. So how is that going? 7 On Your Side's Michael Finney went out with a secret shopper to find out.

You may remember that cashless stores were making real inroads into San Francisco, speeding up the shopping process, and, at Amazon Go, doing away with the checkout line altogether.

Amazon Go Vice President, Gianna Puerini, told 7OYS, "Customers just walk in, take what they want and walk out when they're done shopping."

The process was faster if you owned a smart phone, downloaded an app and had a credit card. However there were concerns about the "un-banked" -- those without access to a bank account. How would they buy things? Those concerns were addressed when the San Francisco board of supervisors outlawed most "credit and debit card only" businesses.

Supervisor Vallie Brown introduced the measure, saying, "I always say cash is king and if you have cash you should be able to go anywhere you want."

The new regulations have been in effect more than a month, so it was time to see if businesses were complying with the new law.

The day before the law went into effect, Sweet Green still had a cash only sign on its front door. Yesterday, the sign was gone and cash was being accepted.

Amazon Go said it was taking cash at all its stores -- but before the ban was official, Michael Finney was told at one location cash was not being accepted.

A 7 On Your Side viewer asked us to check out the restaurant The Organic Coup. After the cashless ban went into effect, the store still had signs saying no cash accepted. However, Finney went in and was able to pay with a ten dollar bill. The signs have now been removed.

Supervisor Vallie Brown says there is good reason for businesses to comply: steep fines. "They can fine you $100 for your first offense. And then if you still don't take cash it goes up incrementally, and by your third it is a thousand dollars and it is a misdemeanor."

There are only three types of businesses allowed to reject cash: pop-ups, food trucks and professionals like doctors and lawyers. If you experience anyone else not taking cash, please let 7 On Your Side know.


Report a correction or typo
Related topics:
shoppingsan franciscobankmoneyconsumer watchsan francisco board of supervisors7 on your sideshoppingbanksconsumerconsumer concerns
Copyright © 2021 KGO-TV. All Rights Reserved.
RELATED
Are cashless stores discriminating against the poor? 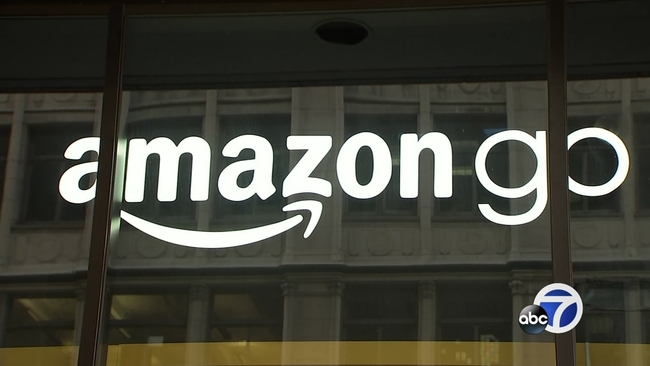