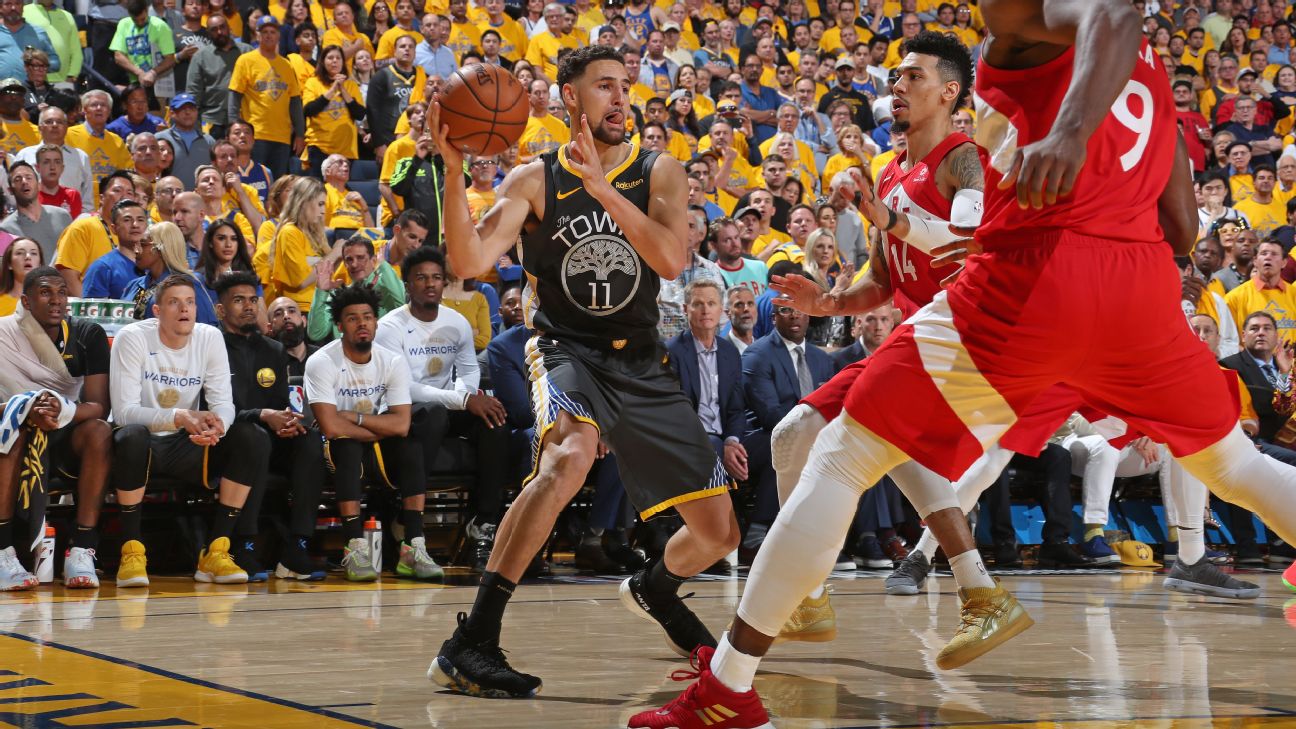 SAN FRANCISCO -- Golden State Warriors All-Star swingman Klay Thompson will be out until at least the All-Star break as he continues to recover from a torn left ACL, general manager Bob Myers announced Monday.

Thompson suffered the injury June 13, in Game 6 of last season's NBA Finals against the Toronto Raptors.

The Warriors remain optimistic that Thompson, 29, will play at some point this season, but it remains to be seen exactly when he will return to the floor. Thompson said he has no issues with the organization's time frame and wasn't trying to rush back before then.

"I'm going to do what the team says," Thompson said. "And I've done my due diligence on rehabs and ACL injuries, and the last thing you want to do is rush back, especially for a player like me who wants to play until he's in his late 30s. I want to play at a high level until that point, too. As much as it kills me not to be on the court, patience is a virtue, and rushing back would be not very smart."

Thompson is pleased with the way his knee has responded at the outset of the rehabilitation process, but admits that the past couple months have been "tedious" on the road to recovery.

"I mean, the workouts, they're not fun. You're not on the court putting together dribble packages and getting up jumpers and playing one-on-one. You're doing a lot of tedious exercises just to build back strength and confidence and pass those mental hurdles that might hold you back. So for me, I'm still -- and I'm about to enter phase 2 of the rehab, and it's been a great -- I had surgery July 2, so I've made huge strides since then.

"I've become much more sympathetic to all athletes at all levels who go through a major injury or surgery. It's not fun, and it really tests your patience. But it's our job to come back even stronger, and the team has faith in me to do that. That's why I think they rewarded me with my [contract] extension."

Thompson said he is confident he will be able to work well with new addition D'Angelo Russell whenever he is cleared to return to the lineup.

"I think it'll be easy," Thompson said. "I think my style of play can adapt to anybody, and I've been watching D'Angelo for years now, and he's an amazing passer, and I don't think he's played with two shooters like me and Steph [Curry]. I think he's just going to have fun as far as playmaking and coming off those pick-and-rolls he did in Brooklyn so well, now with the space he has with us, I think it's going to be great. So I don't think it'll be very hard at all, honestly. I think we all know how to play at such a high level, and we're all very unselfish." 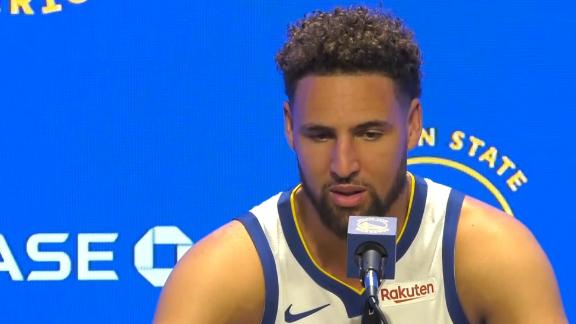