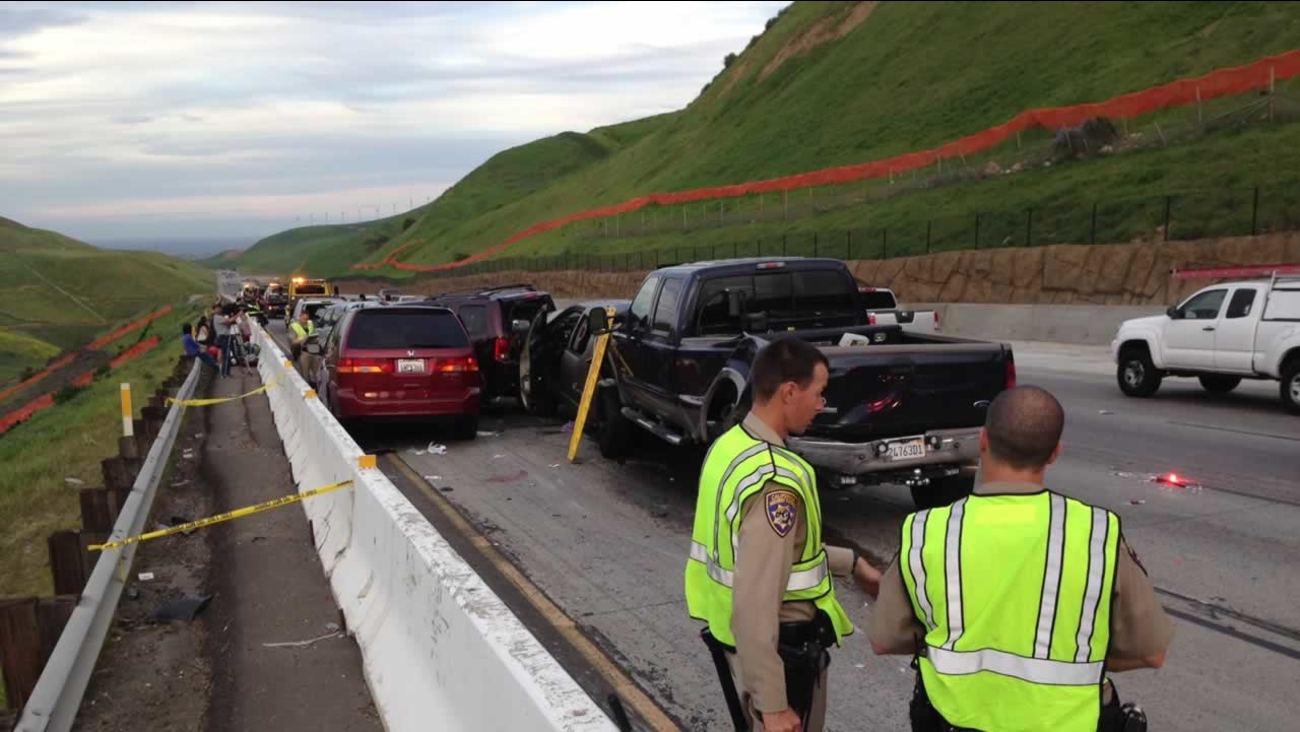 One person has died in a multi-vehicle collision on I-580 east of North Flynn in Livermore.

LIVERMORE, Calif. -- One person died in a multi-vehicle collision Saturday afternoon on Interstate Highway 580 in Contra Costa County near Livermore, according to the California Highway Patrol.

Officers responded shortly after 4 p.m. to a report of a multi-vehicle collision in the eastbound lanes of Highway 580 just east of North Flynn Road, CHP Officer William Ogilvie said.

Initial reports indicate the collision involves up to 12 vehicles and Ogilvie said one person was pronounced dead at the scene. ABC7 News has since learned that at least 16 cars were involved in this fatal accident.

At least one other ambulance was also called to respond, but Ogilvie said he did not have information on any other injuries.