Antonio Brown's case for recouping $40 million: Could he really win his grievances? 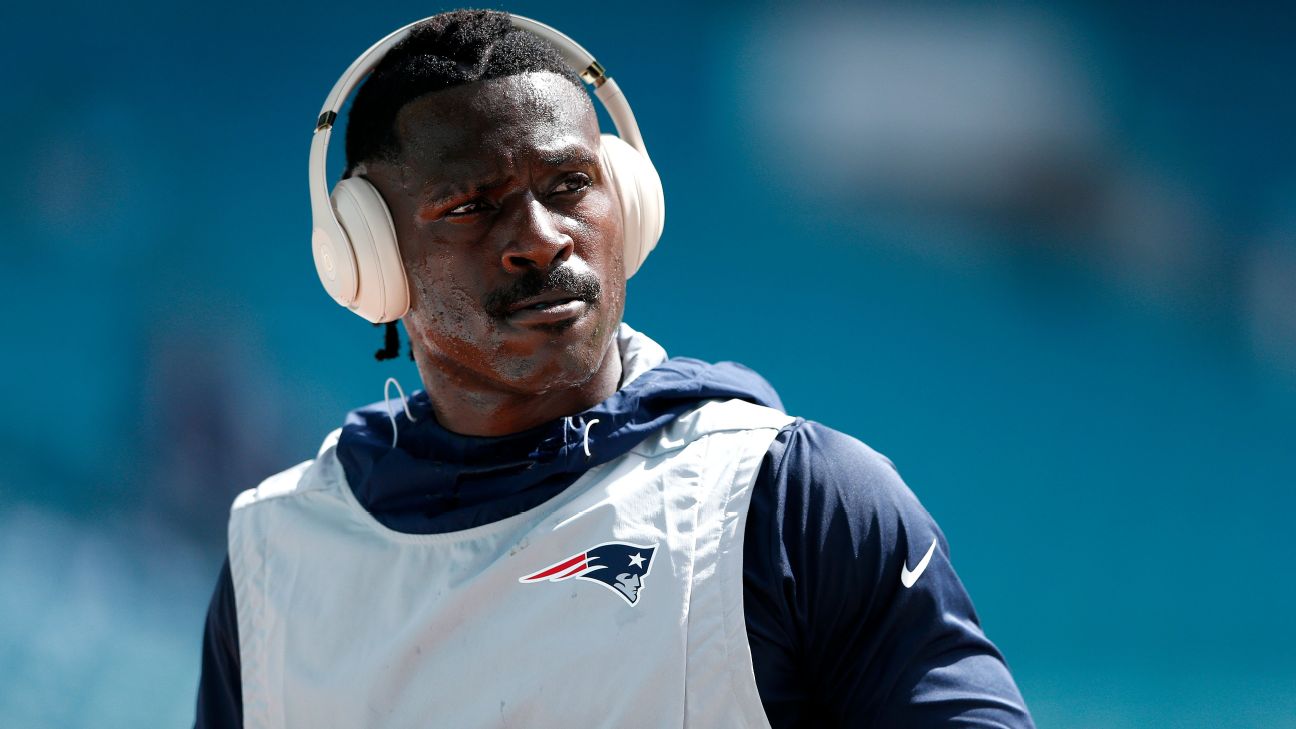 Two different NFL teams releasedwide receiverAntonio Brown in September, and as you've probably heard, he believes both of those teams owe him money.

About a week and a half ago, the NFL Players Association (NFLPA) formally filed grievances on behalf of Brown, seeking about $39.775 million in total from the Oakland Raiders and the New England Patriots-- the two teams that signed him to contracts and released him.The grievances have not yet been scheduled and could be put off until after the season.

What exactly those grievances are and Brown's chances of winning each of them are somewhat complicated, so we thought we'd break it down for you.

Here are the eight specific grievances that were filed and, based on conversations with various sources familiar with the situation, Brown's chances of winning them:

The Raiders fined Brown, who was traded to Oakland from Pittsburghin March, approximately $215,000 for skipping practices and workouts while he was dealing with his much-publicized foot and helmet issues during training camp. The imposition of these fines led to a practice-field feud with general manager Mike Mayock, behavior that ultimately led the Raiders to tell Brown they were voiding the guaranteed money on his contract (more on that later) and setting off the chain of events that culminated in his release the day before the start of the regular season.

The appeal here likely lies in conversations Brown had with Raiders coach Jon Gruden, who is known to be the team's ultimate decision-maker, as opposed to those he had with Mayock. Brown's fine letters came from Mayock, and it was Mayock with whom he had the dispute during practice. But Gruden was in contact with Brown during the same time period.

If Brown could, hypothetically, prove that Gruden had told him he wouldn't be fined, then he could argue that Mayock lacked the authority to fine him, since Gruden is the one in charge. It's tough to say how he could prove that absent a recorded phone call (which likely would not be admissible as evidence), but an argument along these lines could muddy the waters enough to convince the Raiders to settle on this issue and forgive at least some, if not all, of the fines.

Brown was on the Raiders' roster at 4 p.m. ET on the Tuesday before the team's Week 1 game, which means they have to pay him for that week. Players get paid in 17 weekly installments during the regular season. One-seventeenth of Brown's scheduled $14.5 million Raiders salary works out to $852,941.18.

He should have the right to collect that money if he hasn't already. Of course, the fine money would have been taken out of that paycheck, so these first two grievances go with each other.

Brown's chances of winning this grievance: Almost zero
The language in Brown's contract with the Raiders (as in most standard NFL player contracts) allows for guaranteed salary to be voided for a variety of reasons, including failure to report or play. Brown missed enough required training camp days to allow the Raiders a strong case to activate the language in his deal that allows them to void his guarantees.

Brown's chances of winning this grievance: Almost zero
For the same reasons outlined in the paragraph above.

Brown's chances of winning this grievance: Very slim
The Raiders (with very few exceptions) don't put signing bonuses in their contracts. Brown's Raiders deal had $1 million in bonus money listed officially in the contract as OATSB, which stands for "other amount treated as signing bonus" for salary-cap purposes. But it was actually structured as two separate, fully guaranteed, $500,000 workout bonuses -- one in 2019 and another in 2020.

While these are both defined as "fully guaranteed," that really exists only as protection in case the team cuts the player before paying him. Since they are workout bonuses, a player still has to show up to the specified workouts to qualify for them, and Brown did not show up to said workouts in 2019.

The 2020 guarantee disappears just like the base salary guarantee does as a result of the aforementioned contract language that allows the Raiders to void his guarantees.

6. Signing bonus from the Patriots: $9 million

Brown's chances of winning this grievance: Strong
This is where it gets really interesting. The Patriots gave Brown a $9 million signing bonus -- half of which was to be paid on Sept. 23, three days after they ended up cutting him, and the other half in January. They haven't technically paid it yet, and New England will likely argue that it shouldn't have to pay him because of a "representation warranty clause" that claims breach of contract since Brown didn't disclose a situation that would have prevented him from continued availability. That situation would be the civil suit in which his former trainer accused Brown of rape.

Brown and his attorneys will argue a civil suit is not likely to render a player unavailable to play football, that the Patriots could not reasonably assume said suit would result in a suspension and that they cut him only after it was revealed he sent intimidating text messages to a different womanwhose accusations surfaced after he'd already played a game for the team.

Brown will argue the Patriots' reason for cutting him appears to have been those text messages (since they didn't cut him after learning of the civil suit and, in fact, allowed him to play for them), and that the conduct occurred after the team signed him. Therefore, it wouldn't fall under a representation warranty clause, because it wasn't a pre-existing situation at the time of his signing.

The NFLPA knows it doesn't have a strong case to pursue the voided guaranteed salary money from Oakland and New England because of the way those contracts were written. But a signing bonus is considered money earned at the time of signing (hence its name), and the union will fight hard for Brown on this one, if only to avoid setting a precedent that allows other teams a road map for getting out of signing-bonus money with other players in the future.

Brown's chances of winning this grievance: Strong
Brown's 2019 salary with New England was $1 million -- remember, most of the money in his contract was in the form of a signing bonus --and since he signed after Week 1, his weekly salary is that $1 million divided by 16 (the number of weeks he would have spent on their roster if he had been there the remainder of the season). Sohis weekly salary from New England was to be $62,500.

Since he played for the Patriots in Week 2 -- his only game -- we have to assume they paid him for that week. But he was still on the roster as of Tuesday at 4 p.m. ET in Week 3, and players who are not cut before that time have to be paid for the week. Brown was not released until three days later. He did not play for the Patriots in Week 3, but the rules under which players are paid will likely allow him to collect a salary for that week anyway.

Brown's chances of winning this grievance: Almost zero
This amount is that $1 million salary minus the Week 2 and Week 3 salaries we already discussed. As with Brown's Raiders deal, his Patriots deal specified that $1 million be fully guaranteed. But the remainder ($875,000) should void in the same way in which the Raiders were able to void the guaranteed salary they owed him.

It's also worth noting here that Brown has the right to termination pay of up to 25% of his scheduled salary. NFL veterans are allowed to file for termination pay once during their careers, and Brown has not done so before. If a player is on the roster Week 1, he is entitled to 100% of his salary in termination pay. Brown was not on any roster Week 1, since the Raiders released him before 4 p.m. ET that Saturday and the Patriots technically didn't sign him until the following Monday.

What this all means, and what's next

Brown is likely entitled to his $9 million Patriots signing bonus, the Week 1 Raiders game check ($860,294) and the Week 3 Patriots game check ($62,500). That comes out to at least$9.92 million insalary he could recoup.
Common sense would indicate he could come to some sort of settlement with the Raiders on the fine money (though common sense hasn't exactly ruled throughout this situation), and it's possible he could settle with either or both of these teams on the salary guarantees.

As mentioned earlier, the grievances could be put off until after the season. In the meantime, Brown remains under investigation by the NFL for the accusations made against him by two women. He is free to sign with any team, but if he did, the NFL likely would put him on the commissioner's exempt list until the investigation were complete. 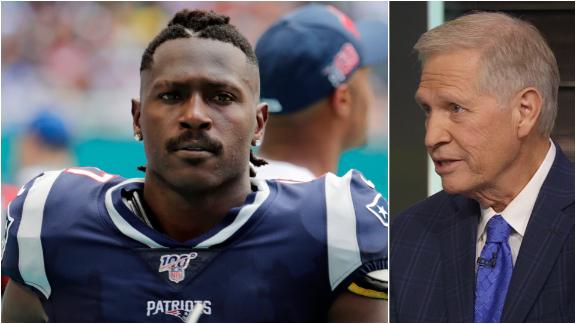 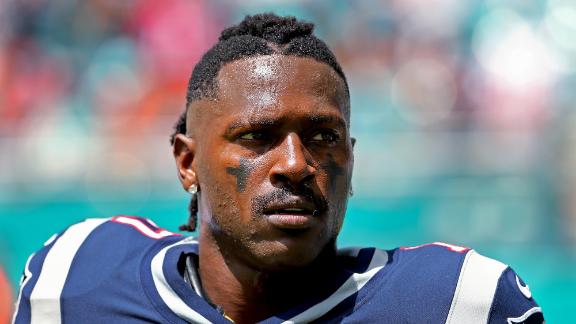 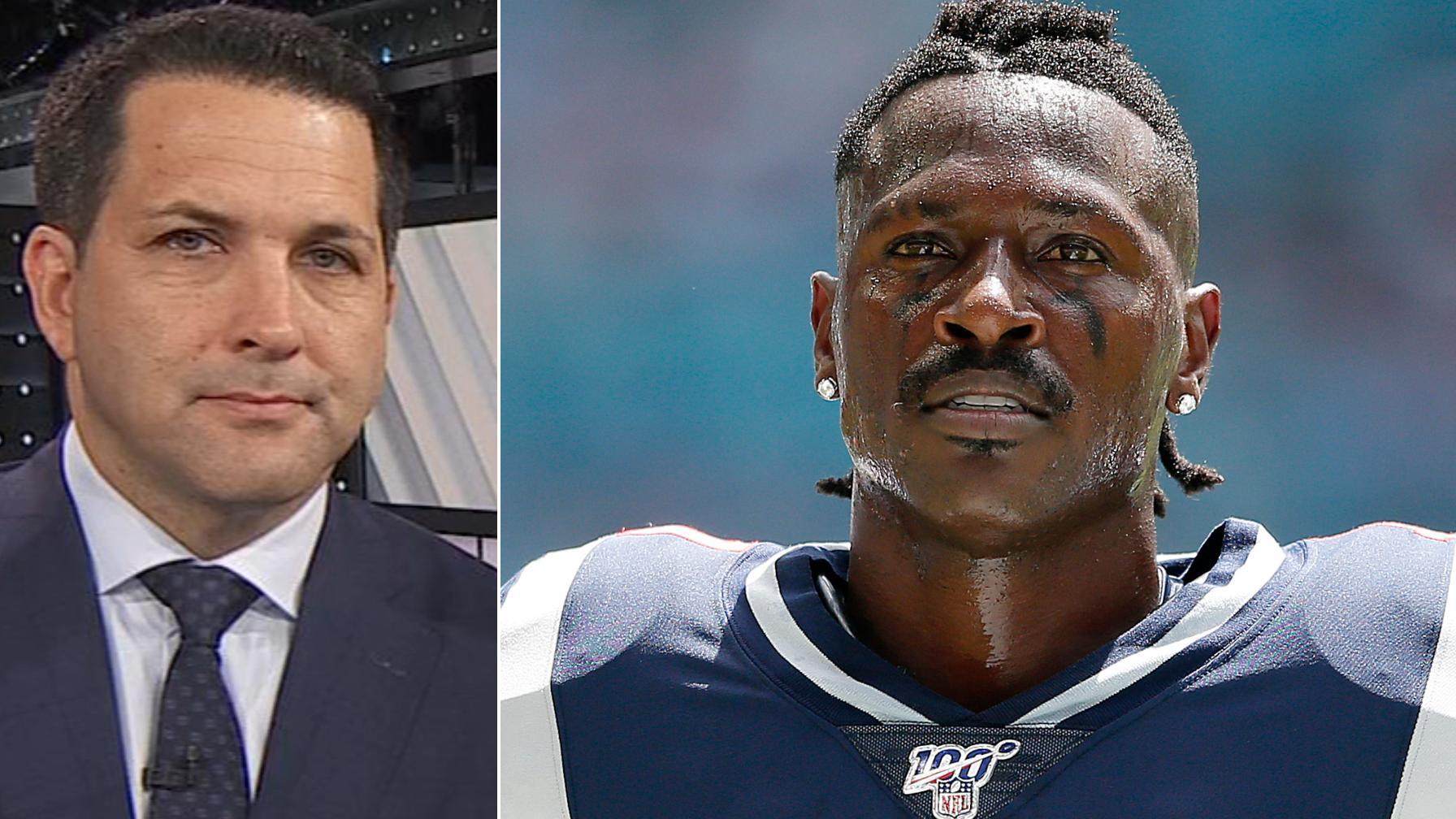