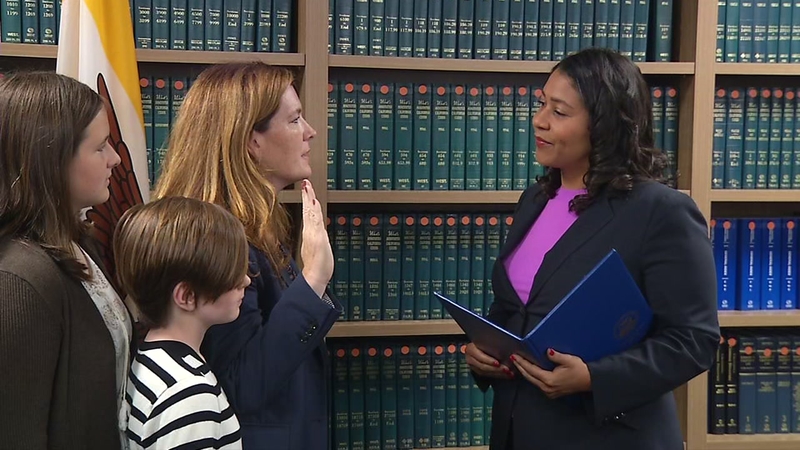 "Despite what happens in this upcoming election, my goal is to make sure that we have strong leadership in this office so that we can continue to work to address public safety in this city," says Breed, who didn't take any reporter questions.

#SanFrancisco Mayor @LondonBreed swears in @SuzyLoftus as interim district attorney. The appointment is controversial as Loftus is a #candidate in the DA's race in the November #election. @abc7newsbayarea #BayArea https://t.co/DordPhG229 pic.twitter.com/xUIRvA2IrL

Loftus, who is a former prosecutor and past president of the city's police commission, says she will make crime prevention a priority.

As Loftus got to work as the city's new DA, Lief Dautch, one of her opponents in the four-way race for district attorney was out campaigning just a few blocks away.

Dautch is deputy attorney general for the State of California. Along with Dautch and Loftus, the other two candidates are deputy public defender Chesa Boudin and Alameda County deputy district attorney Nancy Tung.

Dautch calls Mayor Breed's appointment disappointing, saying, "They are political allies, and it was an attempt to try to push a political ally across the finish line."

Loftus' appointment has been criticized by civil rights groups like the ACLU, who call it undemocratic. Dautch says the "right thing to do" is to allow the chief of staff to run the office until a newly elected DA is sworn in.