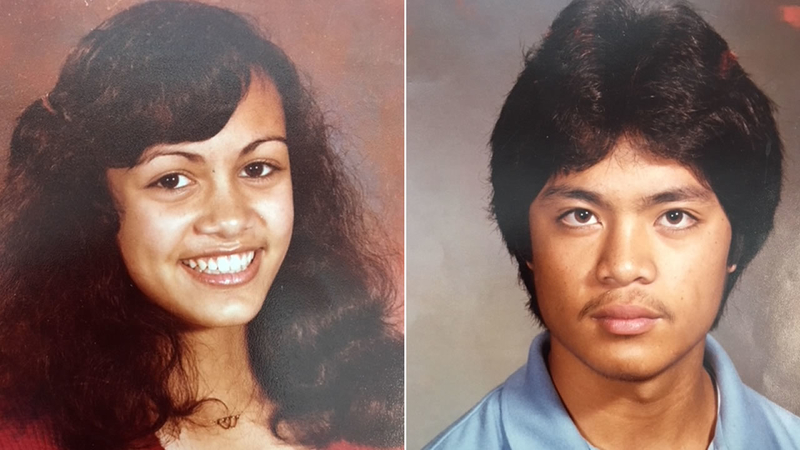 FREMONT, Calif. (KGO) -- Advanced DNA testing has helped Fremont police to solve a 37-year-old case involving the murder of two teenagers, both 16, whose bodies were found in Fremont in what was then an undeveloped rural area. The victims were cousins Mary Jane Malatag and Jeffrey Flores Atup.

Fremont Police Dept. Detective Jacob Blass, who specializes in cold cases, said DNA testing at two labs, one in San Leandro and the other in Richmond, led them to suspect Clifton Hudspeth, who was 31 at the time and who died of a medical condition in 1999.

Hudspeth lived in Milpitas near the victims. Police said he was a disabled former employee of a fiberglass company in San Jose.

Detective Blass said it's possible Hudspeth may be involved in other unsolved crimes in San Diego and in Hudspeth's home state of Arkansas.

The two teenagers were last seen walking north on N. Abel St. in Milpitas after stopping at a convenience store. Atup worked at the Serra Theatres in Milpitas. His cousin Mary Jane had linked up with him at the theater for his shift to end.

Police said the families of the two victims are dealing with the emotions of re-living the 1982 double homicides. The families have asked for privacy.

However, as a result of the DNA testing, Detective Blass speculates that there could be other victims. He said that Malatag had been sexually assaulted. With the connection made to Hudspeth and the release of his photo, he is hopeful that other potential sexual assault victims might step forward.

Hudspeth's body was exhumed under court order to obtain the DNA samples that ultimately linked him to the cousins' murders.

This is the third cold case that Detective Blass has solved in 16 months. He estimates 250 hours were spent doing lab analysis and the equivalent of one and a half years to solve this case.