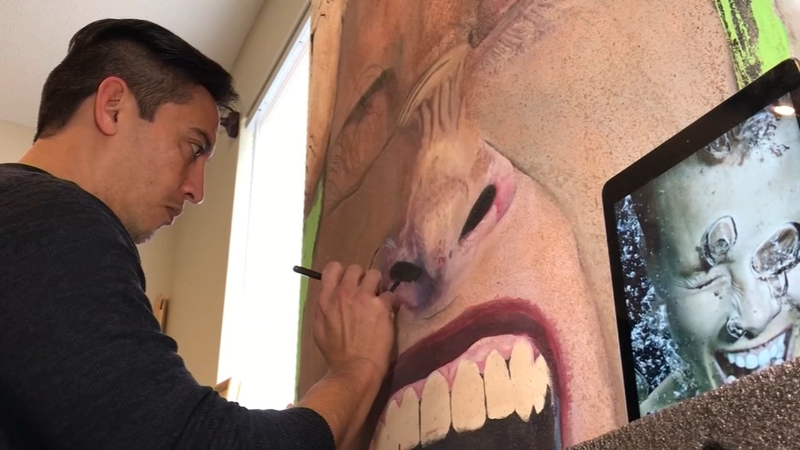 WILMINGTON, N.C. -- Scott Mele views a car accident that left him with a traumatic brain injury as a fresh start.

As scary and life-altering as the crash was, Mele said he gained a gift in the form of a new talent.

Four years ago, Mele was stopped at a Raleigh intersection when a driver crashed into him at 70 miles per hour.

He survived, but crippling anxiety and depression took a toll. Mele said after the accident, he didn't feel like himself.

"When I say I was completely estranged to my life, I felt like I was in somebody else's life, and trapped," he said.

But one day, while he was at a craft store with his kids, he said he felt the urge to paint despite having no previous artistic ability.

Mele later learned he had an extraordinarily rare condition known as atypical acquired savant syndrome. According to the medical community, Mele is one of 33 people worldwide diagnosed with the condition, in which a person displays remarkable abilities they didn't have before a traumatic brain incident.

Now, Mele is a confident artist, working on a portrait of a woman underwater, suffocating like he once was. With a new passion and renewed purpose, he believes he is himself again and is part of the art scene in Wilmington.

"I really don't relate with the old me anymore, so it's like I have this chance at a second life," he said.