Furries to the rescue: Costumed conventioneers save woman from assault in San Jose 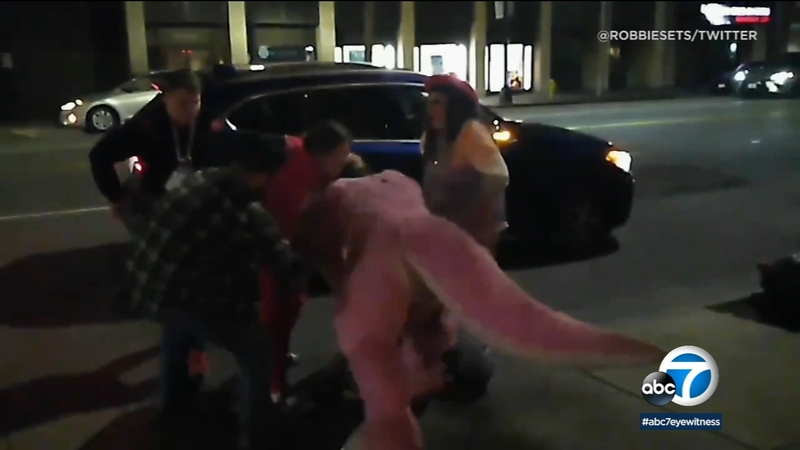 SAN JOSE, Calif. -- A dinosaur, a tiger and a cowboy came to the rescue of a woman who was being beaten by her boyfriend in a car in San Jose.

The trio of costumed characters were attending a furry convention, a gathering of people who are fans of animal characters and often dress like them.

A car pulled up to the curb and it appeared a man was beating the female driver, according to witnesses. Several furry convention attendees in costume rushed to the car, dragged the man out and restrained him until police arrived.

The suspect was later identified as 22-year-old Demetri Hardnett, and he is accused of assaulting his girlfriend in the car. Hardnett was arrested and booked into Santa Clara County Jail for domestic violence, CNN reported.

The furries were attending the Further Confusion convention, also known as FurCon, held in San Jose this past weekend. A convention schedule indicates events included a furry boxing workout, dance programs, an escape room and a discussion of transhumanism in works of fiction.

"Furries pulling together to stop an abuser last night was absolutely WILD," tweeted the person who recorded the video of the rescue.