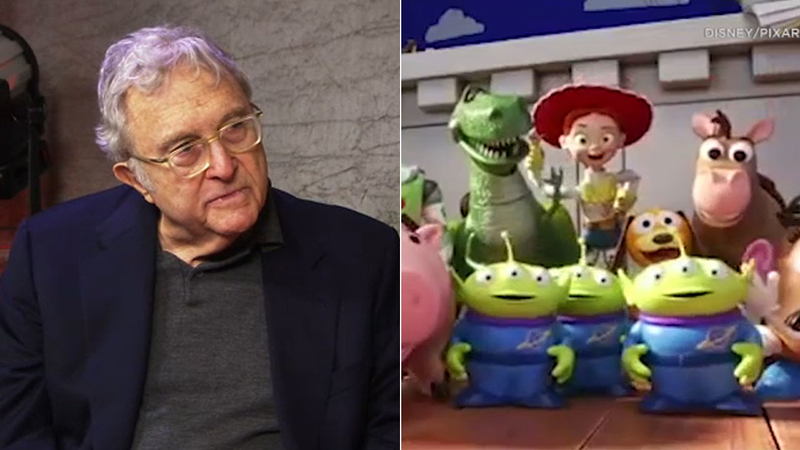 This is what sets Randy Newman apart from other Oscar nominees

HOLLYWOOD -- Robert Lopez and Kristen Anderson Lopez return to familiar territory this Oscar Sunday. They won the Oscar in 2014 for Frozen's "Let It Go"; and again in 2018 for "Remember Me" from "Coco." They know what they're in for at the awards show, but they wouldn't call this "old hat" just yet.

'It's different. It's unknown," said Anderson-Lopez. "It's different every time we come out here, because it's always a different group of people."

This year, that group includes 11-time nominee Diane Warren for "I'm Standing with You" from "Breakthrough," and "Stand Up" from "Harriet," written by Joshuah Brian Campbell and Cynthia Erivo.

Randy Newman has been nominated for 16 Oscars, in both the best song and best score categories. He's won twice. This year, he's up for Disney-Pixar's "I Can't Let You Throw Yourself Away" from "Toy Story 4."

"I like it. I like it period. I think it's one of the best songs I've done for them," said Newman.

He believes one thing that sets him apart is his ability to find his inner child when writing these songs.

"I think people are missing something in their personality if they have no kid in them," said Newman. "The capacity for wonder or surprise. I get surprised all the time. I like it."

Bernie Taupin is having his first Oscar experience this year and could win for writing "(I'm Gonna) Love Me Again" from "Rocketman" with his longtime music partner Elton John.

"It would be one of the thrills of my life, and especially to win with somebody who's been my closest friend for 53 years," said Taupin.
Report a correction or typo
Related topics:
arts & entertainmentoscarsmoviesaward showsacademy awardsmovie newsaward
Copyright © 2021 KGO-TV. All Rights Reserved.
OSCARS