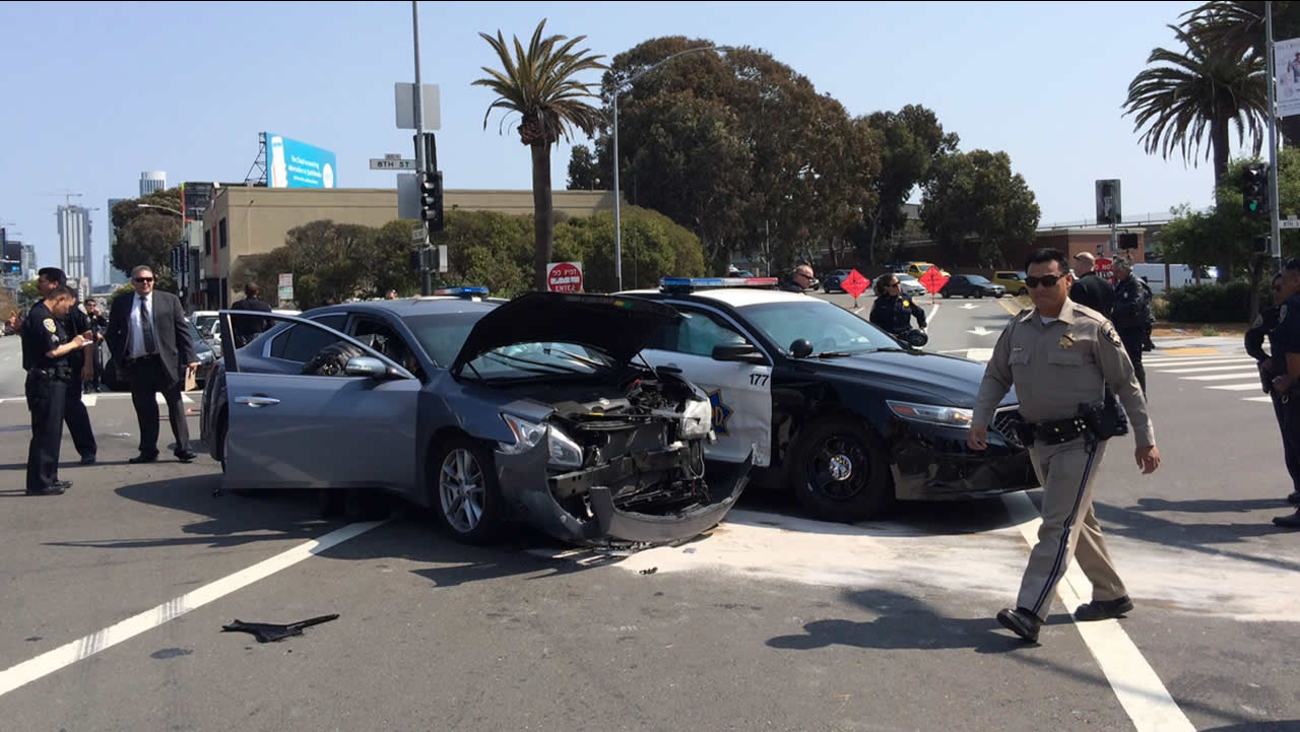 An officer was not seriously injured in a crash with another car in San Francisco's South of Market neighborhood on Tuesday, March 31, 2015.

SAN FRANCISCO -- A police officer was not seriously injured in a crash with another vehicle in San Francisco's South of Market neighborhood late Tuesday morning, a police spokesman said.

The fire department received reports that a police car had been struck by another vehicle near the corner of Eighth and Harrison streets, near an Interstate Highway 80 off-ramp, at 11:41 a.m., fire spokeswoman Mindy Talmadge said.

The police officer was driving west on Harrison Street and a Nissan Altima was headed south on Eighth Street when they collided, police spokesman Officer Albie Esparza said.

Police are still trying to determine who had the right of way at the intersection. Witnesses told police that the other driver ran a red light before hitting the patrol car, but police are still working to verify that and have not detained the driver, Esparza said.