In a press conference, the mayor addressed the new order, effective Sunday at 8 p.m.

San Francisco Police Chief William Scott said the protest related to the death George Floyd that swept through the streets of San Francisco Saturday afternoon started out peaceful, but as nightfall came, violence and crime began.

Several looters were caught on camera running in and out of stores on Market street. Police surrounded the area as looters broke into stores like Sawroski and shattered glass doors at the main entrance of Westfield Mall. 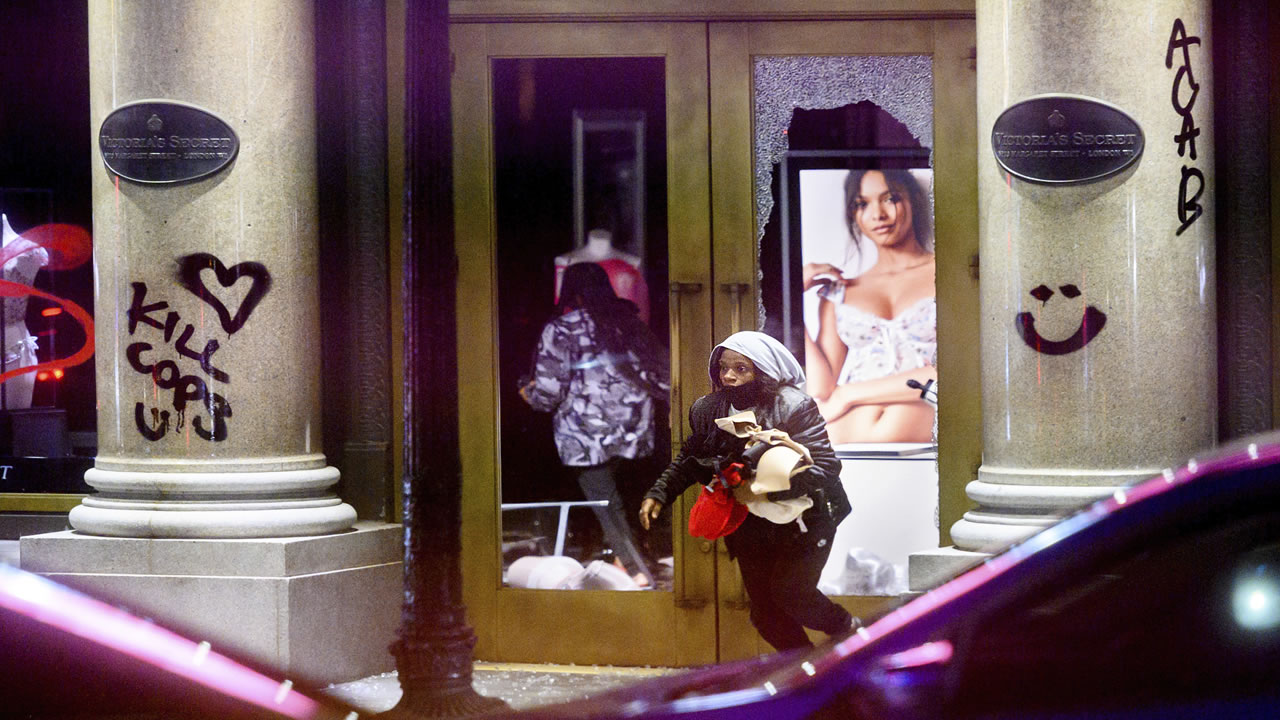 A woman carries merchandise from a Union Square Victoria's Secret store in San Francisco on Saturday, May 30, 2020.

The march began around 12 p.m. at the UN Plaza before protesters made their way to City Hall

The protestors made their way back to City Hall before vandalizing stores on Market Street.

The protest left significant damage in the streets of Oakland with many storefronts destroyed and windows shattered.

Take a look at the latest stories and videos about the investigation into George Floyd's death in Minneapolis.
Report a correction or typo
Related topics:
san franciscooaklandsan joseprotestopdsfpdgeorge floydpolice brutality
Copyright © 2021 KGO-TV. All Rights Reserved.
RELATED

3rd-degree murder count could be reinstated in George Floyd death

3rd-degree murder count could be reinstated in George Floyd's death

Officer was on George Floyd's neck for about 9 minutes: Prosecutors