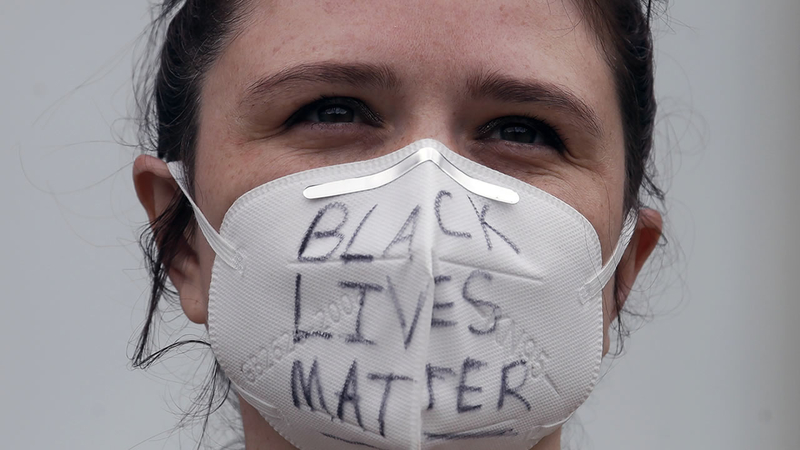 SAN FRANCISCO (KGO) -- In the weeks since the death of George Floyd, we've seen countless scenes of people of all races taking to the streets, demanding an end to police brutality and systemic racism against black people. Two young ladies organized one that shut down the Golden Gate Bridge.

But beyond protests and posts on social media. What does it really mean to be an ally?

"Allyship requires a common cause and a common fate," says Florida A&M University Assistant Professor Dr. Kimberly Brown Pellum. She points to one of the United States earliest examples; John Brown, a white abolitionist who was hanged after an effort to start an armed slave revolt and destroy the institution of slavery.

From co-founding the NAACP to fighting in the civil rights movement, white people have been allies throughout American history. But Dr. Brown Pellum argues, it hasn't gone far enough.

That's where Carla Wallace comes in. She founded Showing Up for Racial Justice, or SURJ, a national network of groups and individuals organizing white people for racial justice.

"Those of us who are white when we say, 'What can we do? What can we do?' The work that we actually have to do is move other white people."

She describes the challenges and roadblocks.

"I think some white people get stuck in the idea that if we just develop a good heart, good intentions and good thoughts, that's enough," Wallace says. "And while that is critical part of the journey is our own journey of change. If we are not pushing against structural and institutional racism, then we're just better hearted people and things really will not change for people of color in this community."

What is structural? What is institutional racism? What is systemic racism? We explain the definition and also look into examples that impact people of color including African Americans.

"Start with organizing in your own community, in your own neighborhood," Jones says. "Organize your family members, your coworkers, use your privilege, because they have a level of assets that we as black people, people color do not have."

Tamika Butler trains people and organizations on how to be allies, and says the key component is action.

"We all have to figure out what we're going to do," Butler says. "What we're going to incorporate in our lives, what we're deeply going to change. And in particular, we need again, people who have not been part of oppressed groups. We need people who are white, who have historically held power. And so what folks who really want to see the systematic change have to realize is that these individuals have a role to play and they can do something."

Taking action, and defining what allyship means for you.