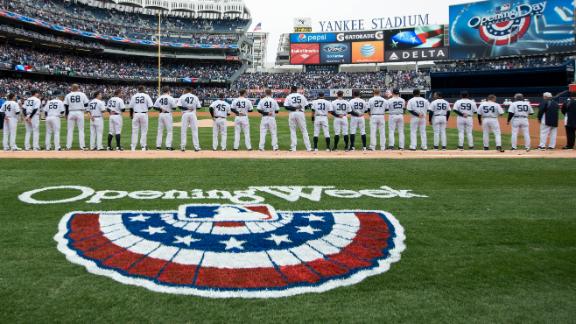 
Team Marketing Report said in its annual survey Monday that the average is up 4.4 percent since 2013 after remaining flat in 2012.

TheBoston Red Soxhad the highest average at $52.34 after leaving prices flat. The New York Yankees also left their average unchanged at $51.55 after missing the playoffs for the second straight season.


The Chicago Cubs, who renovated Wrigley Field and their roster, raised their average for the first time since 2010, a 1.5 percent increase to $44.81. The Cubs are coming off a last-place finish and fifth straight losing season.


The Dodgers' average rose 10.9 percent to $28.61 as Los Angeles hiked its Opening Day payroll to a record $270 million, boosting the team's two-year increase to 27.9 percent.


After reaching the playoffs for the first time since 1985, winning the AL pennant and coming within one win of a World Series title, the Kansas City Royals had the largest increase for the second straight year, a 20.3 percent rise to $29.76. Following consecutive winning seasons, the Royals have increased their average 50 percent.