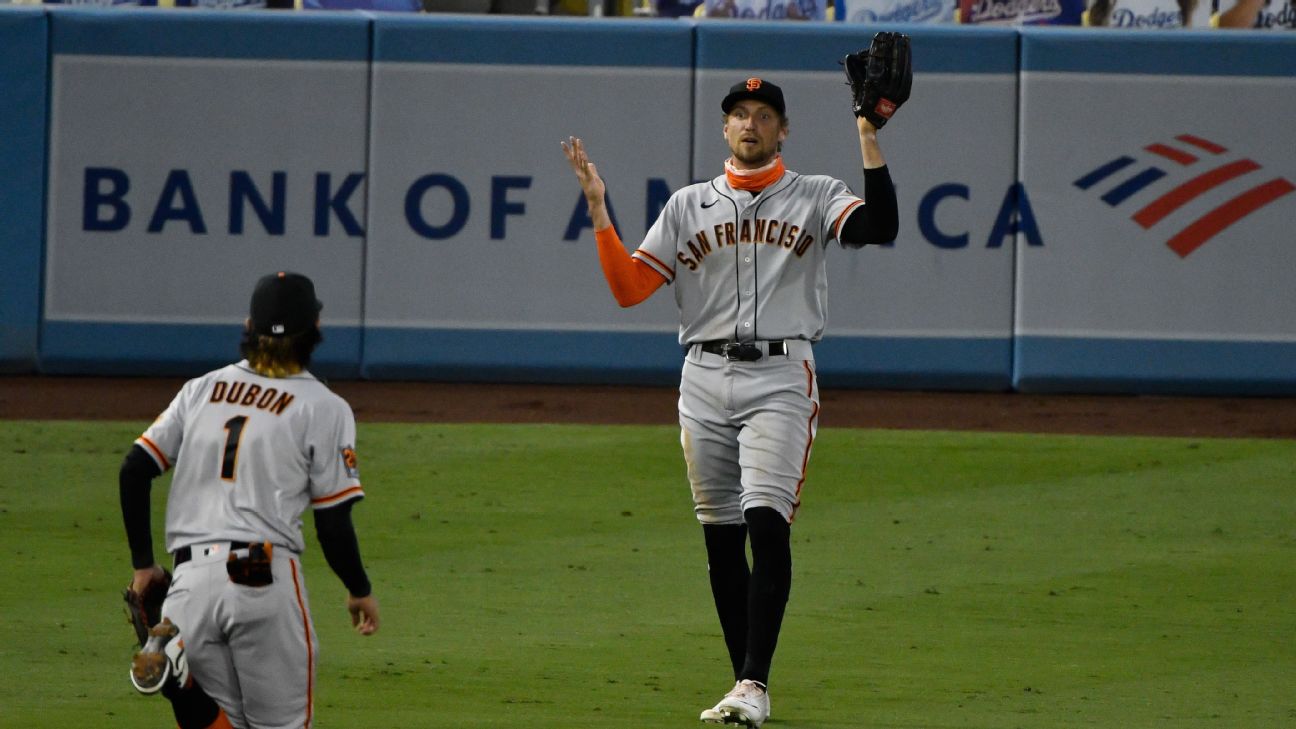 Cueto was dominant most of the night and carried a no-hitter into the sixth inning, whenEnrique Hernandezled off by lofting a fly ball to left field for what appeared to be a routine out.


Pence, playing in left, lost track of the ball in the Dodger Stadium twilight, and it sailed over his head as Hernandez coasted to third base for the Dodgers' first hit of the night.

"Johnny had the magic and everything working," Pence said. "To spoil that feels absolutely awful. He deserves better."

Cueto appeared to unravel after that, and the Dodgers scored four runs in the inning to come within a run. His biggest mistake was a hanging curveball toJustin Turnerthat resulted in a three-run homer. That was his final pitch of the night.

Before the sixth, Cueto (1-0) had allowed only a third-inning walk toChris Taylor. He went 5 innings, marking his second straight outing where he has gone at least five innings. The right-hander allowed four runs on two hits with three walks and three strikeouts.


"Through five innings, Cueto could have shut anyone out, in my opinion," Dodgers manager Dave Roberts said. "The stuff kept us off balance, and everything was at the hollow of the knee. We didn't hit a ball hard all night outside of the homer from Justin."

Cueto developed a blister on his right big toe and said it started to bother him in the fourth inning. Manager Gabe Kapler and a trainer came to check on him in the sixth, but Cueto remained in the game.

"All my pitches were working fine, and I felt comfortable,'' said Cueto, who became the eighth pitcher born in the Dominican Republic to make 300 starts. "I think the most frustrating thing was the ball that was lost. If that is caught, the game changes and maybe I pitch out of the inning. I didn't throw a lot of pitches. It's hard to tell how far I could have gone." 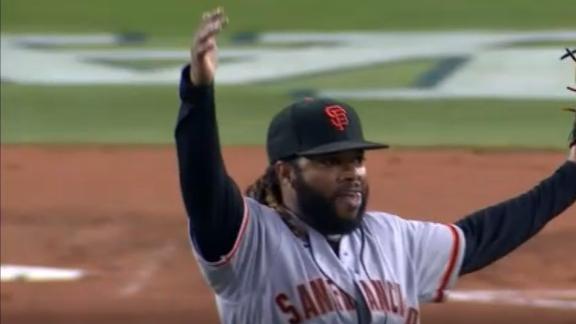