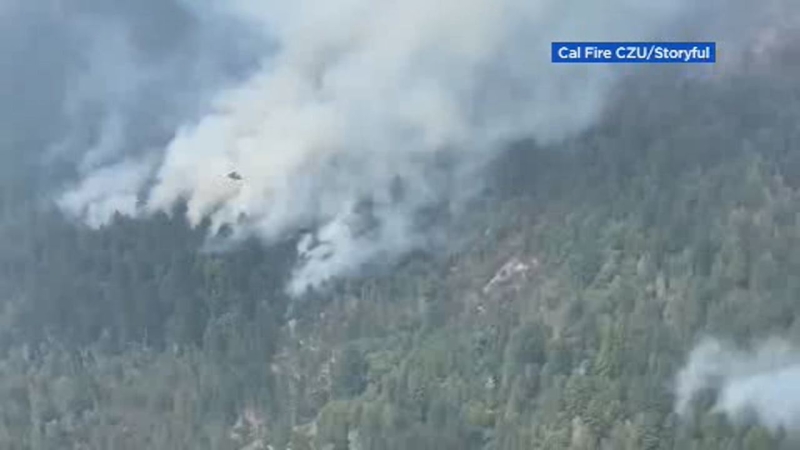 In an update Tuesday morning, CAL FIRE announced the CZU Lightning Complex Fire grew less than 200 acres overnight. In total, the fire has burned 78,869 acres and is 17% contained.

Officials said favorable weather is helping firefighters on the front lines. The wind is blowing towards the control lines that firefighters have set. The marine layer is helping to extinguish the fire along the coast.

Still, the CZU Lightning Complex has already caused much destruction.

The fire has destroyed 330 structures: 11 in San Mateo County and 319 in Santa Cruz County. It's threatening another 25,000 structures.

ABC7 News found an empty, eerie scene along Empire Grade Road in Bonny Doon. Among the gray rubble where homes once stood and the menacing orange flames in the distance, there are homeowners who have risked their lives to stay behind despite orders to evacuate.

CAL FIRE said more firefighters are expected to help tackle the CZU Lightning Complex. About 1,600 personnel are currently working on the front lines.

California's oldest state park, housing a forest of ancient redwood trees, was devastated by wildfires that ravaged the Bay Area this week.