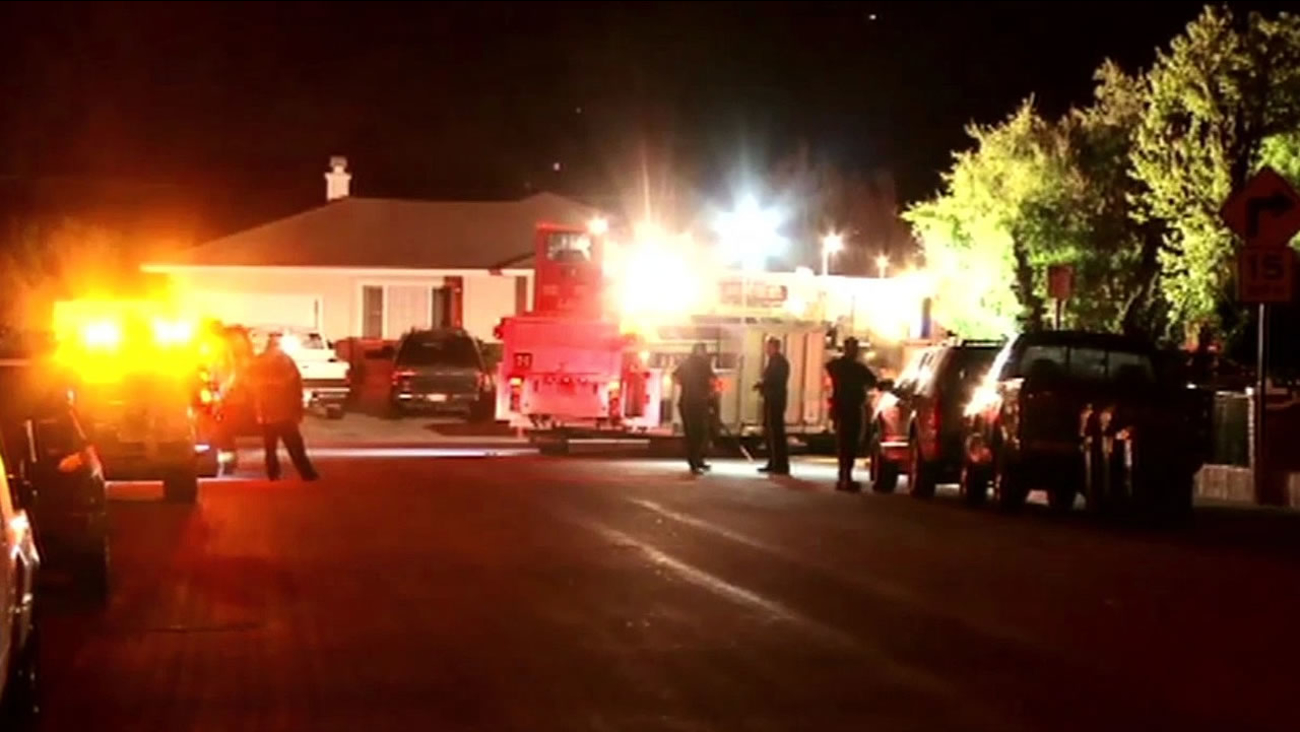 SAN JOSE, Calif. -- One person died in a fire in the bedroom of a home in San Jose this evening, according to fire officials.

The fire in a single-family home in the 900 block of Jeanne Avenue was reported at 7:23 p.m., according to San Jose Fire Capt. Christopher Salcido.

Arriving units saw smoke and flames showing from a bedroom and began a search of the single-story structure after learning there was one person still inside, Salcido said.

One person was found already deceased in the bedroom area, Salcido said.

Two people lived in the home, one of whom made it out after smelling smoke and calling 911.

The fire, which has been brought under control, was limited to the bedroom and its contents. The cause remains under investigation, Salcido said.

The fire is the second major blaze in San Jose this afternoon.

A two-alarm fire that started in a shed in the 2000 block of Flintcrest Drive around 4:20 p.m. today caused the roof on a single-story home to collapse, fire officials said.

The house was left uninhabitable in that incident but no injuries were reported.
Related topics:
san josebuilding firefirehomefirefighters
Copyright 2021 by Bay City News, Inc. Republication, re-transmission or reuse without the express written consent of Bay City News, Inc. Is prohibited.
RELATED