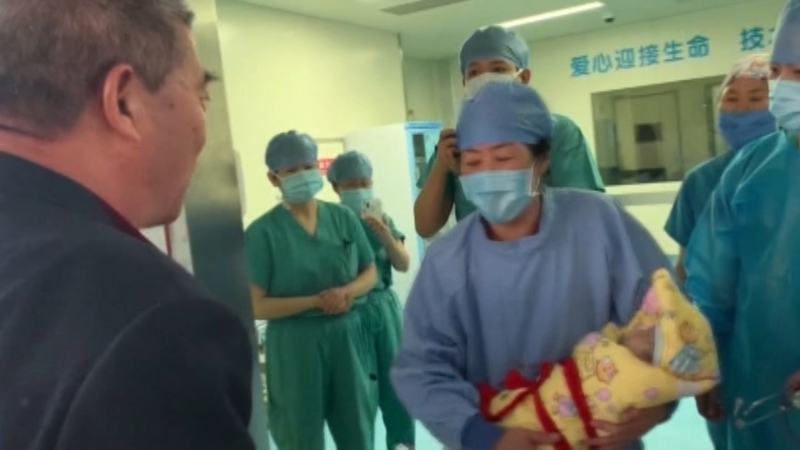 BEIJING -- A 67-year-old retired doctor has given birth in China, according to the country's state-run media.

China Central Television said the mother might be the country's oldest woman to give birth.

The woman, surnamed Tian, gave birth to a girl on Friday at Zaozhuang Maternity and Child Health Hospital.

A hospital spokeswoman said that Tian got pregnant naturally after using traditional Chinese fertility treatments. Specifics about those treatments were not released.

The baby was delivered via a cesarean section and reportedly weighed 5.6 pounds at birth.