KABC
By Darsha Philips, Amy Powell and ABC7.com staf
NORCO, Calif. -- Officials say a vegetation fire that broke out near the Prado Dam Flood Control Basin in Southern California grew to 1,020 acres and was caused by an unattended cooking fire.

The flames were 35 percent contained, according to the Riverside County Fire Department and Cal Fire.

Heavy smoke could be seen from as far as Simi Valley and Ventura County and may remain for several days, fire officials said.

"We're advising people as the smoke disperses out, if you're sensitive to it or if you have asthma, carry an inhaler with you just to be cautious because you just never know," Calfire Capt. Liz Brown said.

Firefighters received reports of trees on fire in Chino shortly after 6 p.m. Saturday. Nearly 335 firefighters were called to the scene and two water-dropped helicopters and air tankers were deployed.

The fire quickly spread over to Norco, and mandatory evacuations were in place for residents living on Bluff, Homestead and Stagecoach roads. Those evacuation orders for nearly 300 homes were lifted early Sunday morning, Cal Fire officials said. There were no reports of damaged structures.

Cal Fire, the Riverside County Fire Department and the Corona Fire Department, among other agencies, battled the blaze, which has been dubbed the "Highway Fire." The thick vegetation in the area hasn't burned for decades. 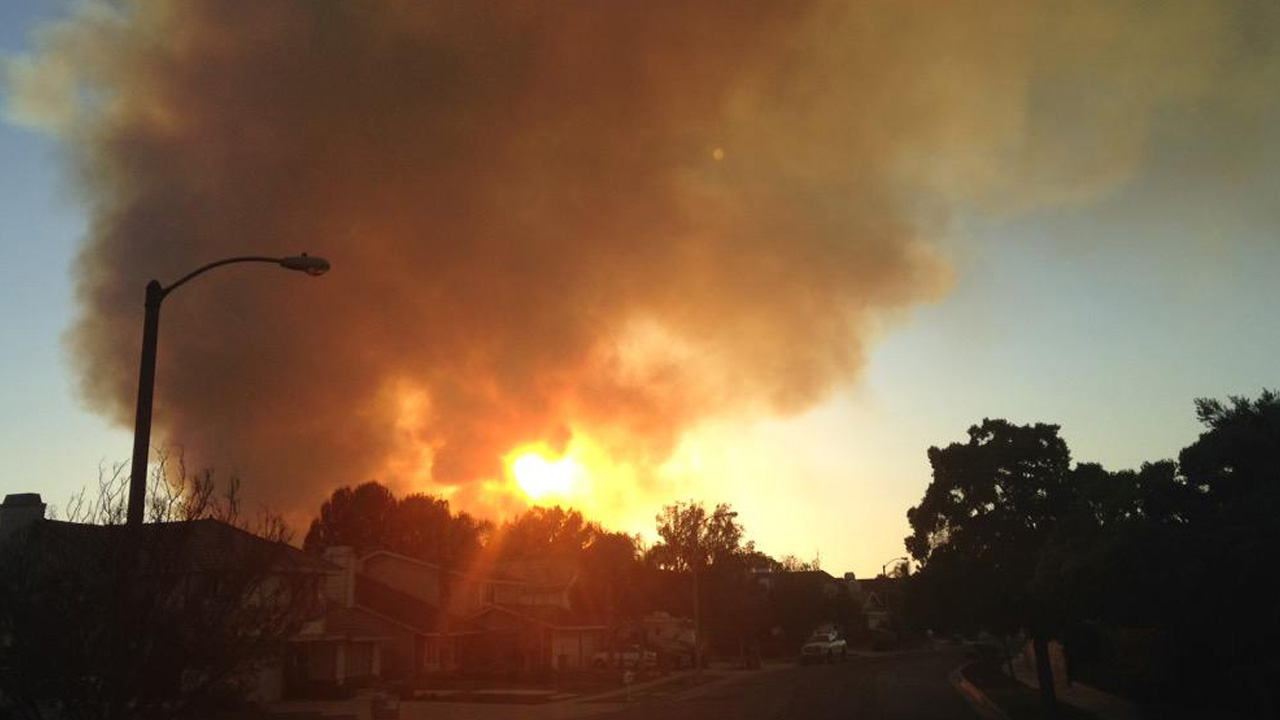 The American Red Cross opened an evacuation center at Rile Gym at 3900 Acacia Avenue in Norco. When evacuation orders were lifted, the shelter closed, but Red Cross volunteers remained on standby in case the situation changed. Many of the residents who were rushing to evacuate families also had horses and other animals. A horse evacuation center was opened at Ingalls Park at 100 6th Street in Norco.

The cause of the fire is still under investigation, but fire officials say they are looking into whether a truck was too close to dry brush near the highway, which may have triggered a spark.

Fire crews said that it could take weeks to mop up the burn area once the fire is fully contained and knocked out.
Related topics:
chino hillscaliforniaevacuationbrush firesouthern californiafirecal firefirefighters
Copyright © 2021 KABC-TV. All Rights Reserved.
RELATED 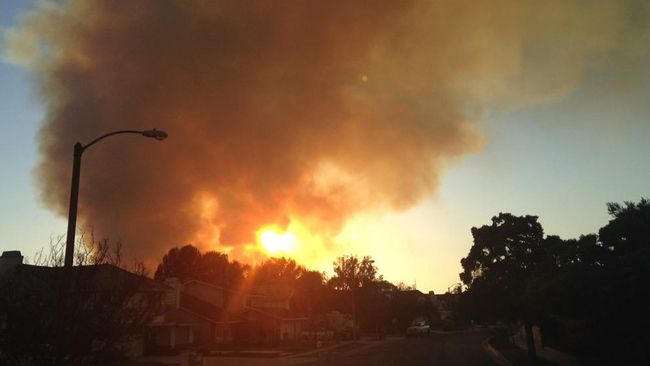