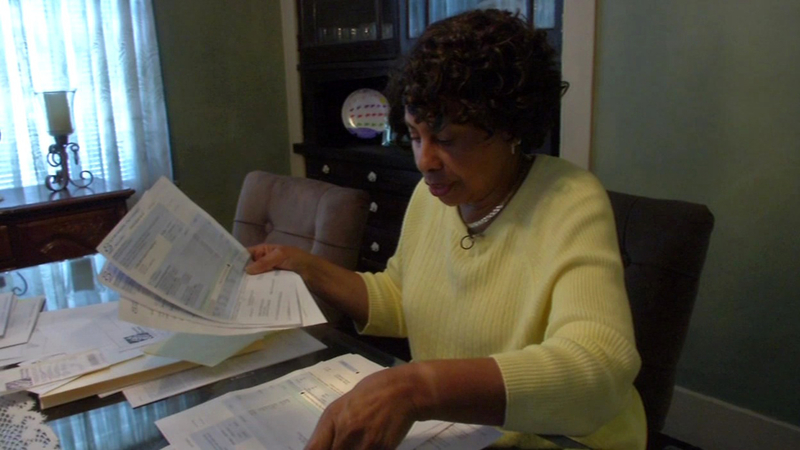 When you buy a new product, it's easy to forget about the warranty that came with it after you throw the paper work in a file or a drawer. 7 On Your Side's Michael Finney helped one senior citizen through the process.

A senior citizen on a fixed income was drowning in bills when her home developed a water leak. So 7 On Your Side stepped in to help.

Jo-Ann Lee lives in a well-kept home in Oakland. She lives alone and in her 30 years, she says her bimonthly water bill has never been above $100. Well at least until this past October.

She called East Bay MUD which advised her to call a plumber. That plumber confirmed Lee had a major leak in the toilet she had just bought a few years ago. The plumber promptly fixed the leak. Jo-Ann also challenged her bill with EBMUD filing a formal appeal, but when the next water bill came, to Jo-Ann, it felt like the dam had just broke; it was for $940.

"Wait a minute, you're going up instead of down," said Lee.

It's money Jo-Ann said she didn't have. She then received a 15 day notice and then a 48 hour notice from EBMUD demanding payment. A friend suggested she call 7 On Your Side. She did and we contacted East Bay MUD and it agreed to cut her bill in half as part of its payment program. It also put her in touch with the Chronicle Season for Sharing Fund. The charity agreed to pay for half.

"Thank you to everybody that helped me. I really appreciate it," said Jo-Ann Lee, Oakland resident.

But her troubles weren't over; there was still the issue of the leaky toilet and the repairs that didn't hold up. We suggested she submit a warranty claim to the toilet manufacturer. American Standard agreed to reimburse her for her repairs, along with her share of the water bill above her normal monthly average. American Standard sent her a check for $927.

Home Depot is also getting her a new toilet.

"We're very sorry for the issues Ms. Lee experienced with her toilet. We appreciate the opportunity to work with our vendor and make it right."

Jo-Ann is appreciative her voice was heard.