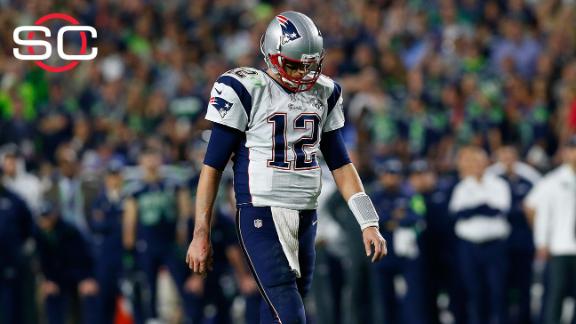 New England Patriots quarterback Tom Brady spoke publicly about the Wells report for the first time Thursday night but said he is waiting to respond to it.

"I don't really have any reaction," Brady said at Salem State as part of the college's speaker series. "Our owner commented on it yesterday. It's only been 30 hours, so I haven't had much time to digest it fully, but when I do, I'll let you know. I'll be sure to let you know how I feel about it, and everybody else."

Brady was interviewed by veteran sportscaster Jim Gray at the ticketed event, which was scheduled four months ago.

Asked when he planned to respond to the Wells report publicly, Brady said, "Hopefully soon. There is still a process that is going forth right now, and I'm involved in that process. Whenever it happens, it happens, and I'll certainly want to be very comfortable in how I feel about the statements that I make."

Brady's agent, Don Yee, did have a response to the Wells report earlier Thursday, saying in a statement that the report "contains significant and tragic flaws" and "is a significant and terrible disappointment."

When Brady was later asked whether the Wells report detracted from his joy of winning the Super Bowl, he said, "Absolutely not," drawing out the word "absolutely."

That drew a big cheer from the audience, which had given Brady a warm welcome when he was introduced.

"This is like a Patriots pep rally," he said.

As for whether the report -- which found it probable that Patriots personnel deliberately deflated balls during the AFC Championship Game and that Brady likely was "at least generally aware" of the rules violations -- is bothering him, Brady said, "I've dealt with a lot of things in the past, and I dealt with this three months ago before the Super Bowl.

"I've dealt with a lot of adversity over the course of my career, my life," he continued. "I'm very fortunate to have so many people that love me and support me. Life is so much about the ups and downs, and certainly I accept my role and responsibility as a public figure, and I think a lot it -- you take the good with the bad. Dealing with the different adversities in life, you just try to do the best you can do. I was raised by a great mom and dad, and I have a lot of great teammates that support me, so we'll get through it."

After asking Brady a series of questions on underinflated footballs, Gray moved the discussion to other topics, saying that better captured the spirit of the event's purpose.

Yee also made an appearance on CNN on Thursday night and said Brady had no knowledge of footballs being deflated. Asked whether he was saying Brady is completely innocent, Yee said, "In my opinion, yes."

Yee noted that Brady already declared his innocence in a news conference following the AFC Championship Game in January and said Brady would continue to say that was the case.