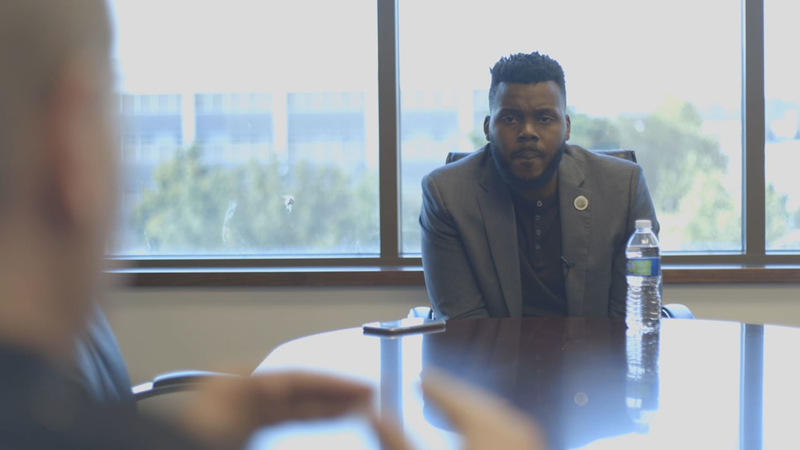 STOCKTON, Calif. (KGO) -- Michael Tubbs walks into his office, apologizing for being a few minutes late. It's hard for him to leave his little boy, who is less than a year old, he explains.

It doesn't come as a surprise that anyone would have trouble separating from a child, even for just a few hours. For Stockton Mayor Michael Tubbs, it is especially difficult.

"My mom Racole was a teenager when she had me, and my father, Michael, was incarcerated when I was born and has been incarcerated for 25 of the last 27 years."

Tubbs attributes much of his success to his mother, grandmother and aunt. He described them as a "wall of mothers" that kept him from straying. "They did everything they could to kind of insulate me from the harsh realities of poverty."

Their effort more than paid off in 2016 when Tubbs became Stockton's youngest and first Black mayor.

Four years on, Tubbs is being watched closely across the country -- not just because he is a political rising star, but because this native son is pulling Stockton out of the financial ashes. In 2013, the city filed for bankruptcy, was suffering from high crime, unemployment, among many other maladies.

Today, Tubbs has dramatically turned around this diverse Central Valley city of over 400,000. The city is now financially healthy, the homicide rate is down 40% as is most crime across the city, as the pandemic wreaks unemployment havoc across the state and country.

Most of this is good news for Stockton. But Tubbs is after a more elusive goal -- ending the racism he faced growing up at school and now as an adult.

"My masters is in education and I realized looking back that I just experienced a lot of like tacit racism in the classroom. Like, I would be kicked out all the time for like talking or for asking questions or for disagreeing."

After police killed George Floyd, one of his teachers reached out to him.

"One of my teachers sent me an email after the George Floyd murder and said, 'Hey, been thinking about and you other students for a while and some of the concerns you raised, I dismissed them. But now I see like the racism you were talking about in the school and the program. Now I apologize. I didn't see it earlier.'"

Mayor Tubbs still receives racist messaging, not just from locals but across the country.

However, Mayor Tubbs is not deterred. Recalling this past summer's protests and confrontations Civil Rights icons faced that helped him reach this point, he says, "Racism does not get the last word."