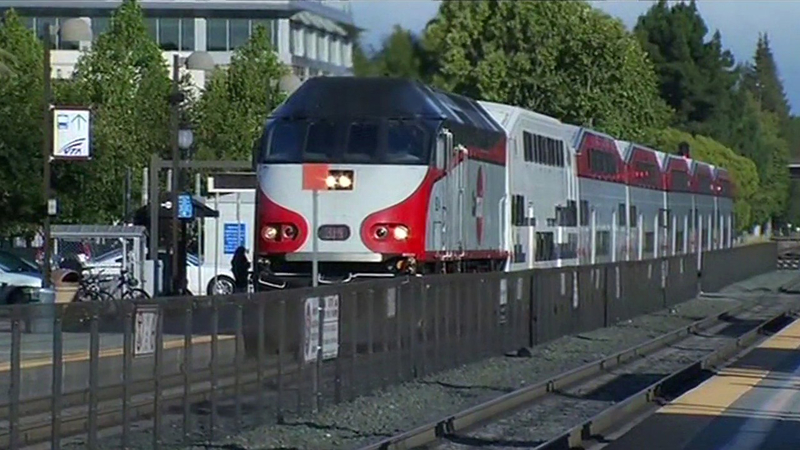 SAN FRANCISCO (KGO) -- The demand for Caltrain service has soared, thanks to the tech industry -- so it's added an extra car to some of its busiest trains.

The Caltrain system is busting at the seams -- with four years of consecutive monthly ridership increases. It now averages 61,000 passengers a day during the week. In response, Caltrain purchased 16 used rail cars earlier this year from Southern California's MetroLink, four were put into service today -- adding a sixth car to all four of its bombardier trains.

Many are express or baby bullet trains. They're the most popular during the peak commute hours. The new cars are easy to spot. They have navy blue paint on a white background standing out next to the red and grey cars.

Riding in one of the new #Caltrain cars adding 150 seats. Quiet now but people say afternoon commute is the worst. pic.twitter.com/3SpqqF5U7w

The remaining 12 cars not in service yet need more repair work. Many of those will be converted to accommodate onboard bicycle storage.

"They need another car. It would be really helpful, because in the morning even at 5 a.m. some of the bikers get turned away at Palo Alto because there's just no room.," said Karen Sliger, Caltrain passenger.