KGO
By Dan Noyes
SAN FRANCISCO (KGO) -- I-Team's Dan Noyes went undercover in one of the city's most notorious chop shops to investigate.

One bike is stolen every three hours in San Francisco and most of them are never recovered because they're being taken apart quickly in chop shops.

PHOTOS: #7Things: What to do if your bike gets stolen 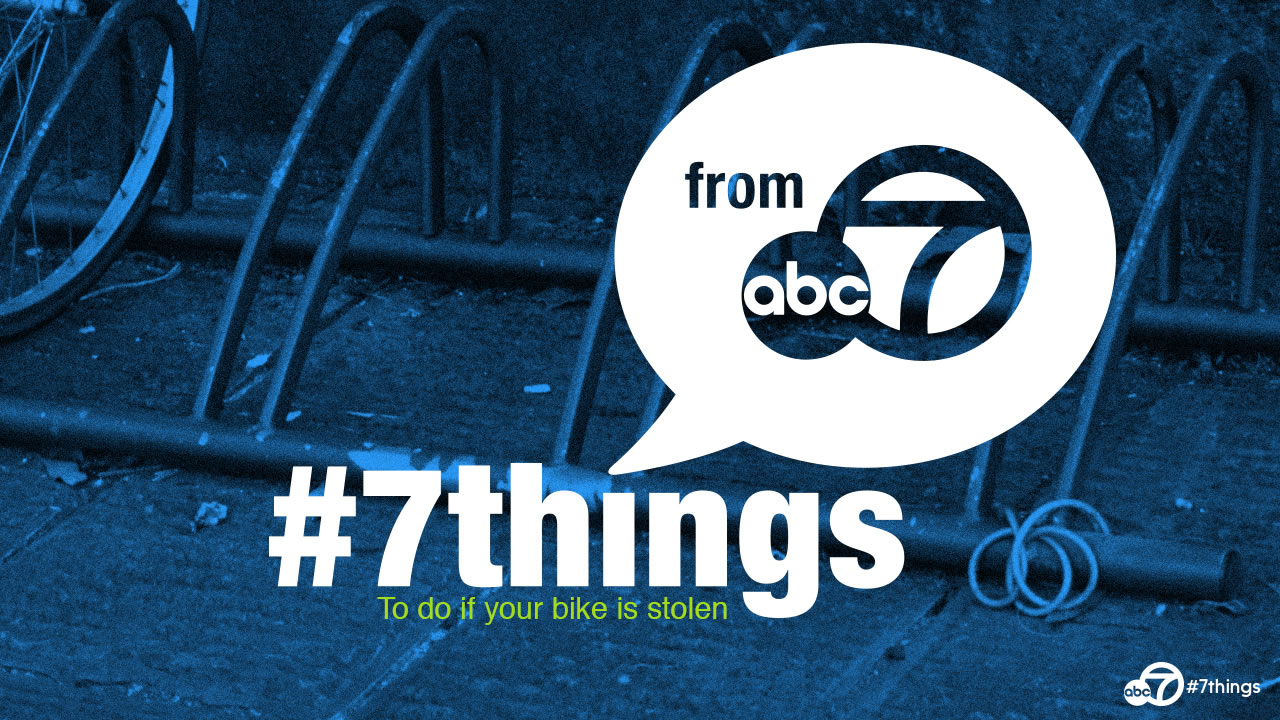 Surveillance video captured a bike thief casing a very expensive bike in the Mission District. When no one is looking, he cuts the lock and takes off with the bike.

Stahl's bike is one of the thousands stolen every year in San Francisco.

Roger Dawson has a good idea where they go. He pointed out the scene of the crime to Noyes.

Roger was sitting in his car on busy Valencia Street when a thief stole a bike right next to him. "He just put the cut lock and his wire cutters and the helmet in one hand, jumped on the bike and rode away."

Minutes later, Roger saw the guy again. "And I followed him and he ended up at one of those chop shops."

Under the freeway, there are dozens of chop shops and homeless encampments where bikes and parts are piled up.

"They happen all over the city unfortunately," San Francisco Ofc. Matthew Friedman said.

Friedman is the city's top cop on bike thefts. He says police frequently sweep these camps, but they just pop back up. "People from all over the city come to these chop shops and they exchange stolen bikes usually for drugs or money or money to buy drugs," he said.

To find out what happens in these chop shops, the I-Team went undercover and watched for weeks a notorious chop shop under Highway 101.

In broad daylight, there is a constant stream of people coming and going with bikes. Hidden under a tarps, there were dozens of bikes.

"I would say eight out of 10 bikes are probably stolen," Friedman said.

The I-Team watched as people took bikes apart and mixed the pieces to build new bikes. The bikes were painted, so they couldn't be easily identified by the owners.

"There's new handlebars, there's stickers on the frame, the frames are painted over, serial numbers are sometimes scratched off, there's a different wheel set on there now," Friedman said.

These encampments also attract other types of crime.

During the investigation, the I-Team watched people rifle through bags, fumble with piles of cellphones and witnessed people buying, selling and doing drugs right out in the open.

To see how easy it is to get a bike from one of these camps, the I-Team took hidden cameras to the scene to buy a bike at a good deal. Within minutes the I-Team got an offer.

One of the men at the chop shop told us we could take the bike for a ride. After we returned, the man tried to close the deal by asking how much we felt like paying. We offered the man $60 and walked away with a bike worth nearly $500.

Police say the bike was likely stolen. The I-Team tried to track down the owner, but like many stolen bikes, this one had not been reported to police.

The city estimates more than $4.6 million worth of bikes are stolen each year. Friedman posts a list of some of the most notorious bike thieves on the Park Station website.

Among them, Evangelia Pulouoleola, who runs one of the city's most popular bike chop shops.

The I-Team watched him work on bikes and saw people shop his curbside store, paying cash for parts.

"He's been arrested for a number of different things, including possession of stolen property, burglary, domestic violence, assault... the list goes on and on," Friedman said.

Police arrested him again last month, charging him with possession of stolen goods and conspiracy to commit a crime.

Pulouoleola agreed to speak with us inside the county jail and admitted running a chop shop. "We're hustling to survive out there because obviously we're homeless and we try to make it on the streets."

Pulouoleola told the I-Team he turns 15 bikes a day and will sell a $200 wheel for $40. He knows most of the bikes he buys and sells are stolen.

"I get that a lot. 'You know, that's my bike' and they either take it or police will come and arrest me," Pulouoleola said.

"You know unfortunately, he's going to continue to do it, until there is something better that comes along for him I guess," Friedman said.

Pulouoleola offers some advice to anyone who's had their bike stolen.

"If it's from me, come get it back. And I'll give it back. Next time, just get a stronger U-lock or something for your bike or a stronger chain, so no one steals your bikes," Pulouoleola said.

That's little comfort for Stahl whose bike still hasn't turned up and probably won't. "I suspect my bike was taken apart very quickly," he said.

If it was at the chop shop under Highway 101, it's not there any longer. After the I-Team called police to tell them what was discovered, the city put up a fence and cleared the chop shop. It didn't go far though; it only moved across the street.

This is the bike the I-Team bought. If you think it's yours let us know by emailing us here.

If no one claims it in a month, police suggest we should turn it over to a charity and we will. 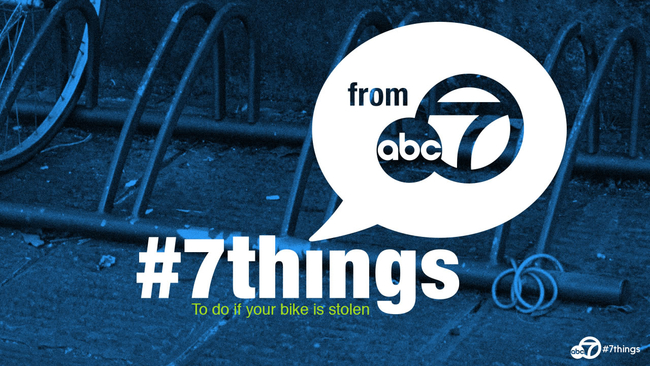 #7THINGS: What to do if your bike gets stolen
I-TEAM
Vehicle sought in connection with shooting of federal officer in Oakland
SJ police officer under investigation for behavior during protests