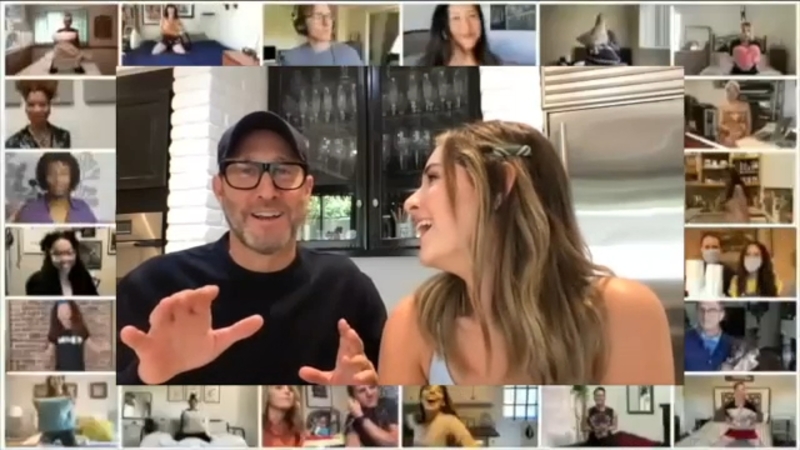 A series of invitation-only, virtual fundraisers is the talk of both coasts because of the big donations coming from some of the heaviest hitters in the entertainment business during each edition of RW Quarantunes.

Those initials belong to one of Hollywood's most powerful agents, a partner at Endeavor named Richard Weitz.

We first met him and his 17-year-old daughter, Demi, back in July, and since then, they have doubled the total amount raised for a couple of dozen charities. The latest to benefit is one of Broadway's most beloved non-profits, Broadway Cares/Equity Fights AIDS.

They say "the neon lights are bright on Broadway," but not right now; and yet, the lyrics of the old tune remain true because there is still, "magic in the air."

The beat goes on for charity online, where Richard and Demi Weitz have raised $13.6 million.

More than two million of that total benefited Broadway Cares.

As part of Quarantunes, stars like Bernadette Peters perform for free from their homes.

"Bernadette singing 'no one is alone' at this time in this moment as if she is singing it as a lullaby to you is just a breathtaking, unforgettable moment," Viola said.

There have been many such moments on Quarantunes.

"It's evolved from just a fun time during COVID where your friends and family, your colleagues, and their friends are on to really becoming a national, virtual fundraiser," Richard Weitz said.

There have been 31 of them notes Demi.

"It's an example of what people can do together just to help other people and to bring positivity out into the world," she said.

Demi came up with the idea as a way to give back and it has benefited both of them because it has forged a bond between father and daughter.

"Each week, each day we get so much closer," Demi said.

"To watch Demi grow as a young lady, this has been a dream as a father and parent," Richard said.

And, it all began because a high school student went looking for a way to give back and found it in her own home.