KGO
By Dan Noyes
ALAMEDA, Calif. (KGO) -- A Santa Clara County man has been able to convince many people -- including veterans groups, reporters, and even the Library of Congress -- that he is the second most decorated soldier from World War II. He was even honored by the USS Hornet Museum in Alameda this past weekend. But ABC7 News I-Team reporter Dan Noyes was there to reveal the truth and to speak with veterans who care deeply about the issue of stolen valor. There's a network of people across the country who work to expose the phonies, and this story started with a tip to the P-O-W Network. It went to Guardian of Valor and retired Navy SEAL Don Shipley, who then contacted Noyes.

For its "Living Ship Day", the USS Hornet Museum honored 89-year-old Morgan Hill resident William Goehner as a member of the Underwater Demolition Team, or UDT, in WWII. It's the unit that predated the Navy SEALs.

"My UDT team, we destroyed 80 percent of the German submarine fleet in the Baltic Sea, lost 19 out of 30 men," said Goehner. "I cried."

Goehner told the audience that his suicide missions earned him the Navy Cross, three Silver Stars, and four Purple Hearts.

"The worst one was in the North China Sea," he said. "Got stuck down below in the ship and it burned up and I woke up four hours later on a hospital ship."

Goehner claimed he was a consultant on the movie The Frogmen, and that he became so famous that even a renowned general sought him out.

"I met George Patton in Sicily," Goehner said. "He heard about me and wanted to meet me, so I actually talked to George Patton. He impressed the crowd so much, he signed autographs after."

"It's certainly an honor and a privilege to be in the presence of someone who had such a distinguished career," Navy veteran Glenn Powell said at the event.

The problem is that none of it is true. The I-Team started digging and obtained Goehner's records under the Freedom of Information Act. He did serve in the Navy during WWII, but left as a seaman first class, not a lieutenant commander. He was never in the UDT, and he never received the Navy Cross, Silver Stars, and Purple Hearts.

When Noyes gave Mr. Goehner a copy of his actual records from the Navy, he showed a certificate supposedly from the Library of Congress detailing his accomplishments, but then admitted a schoolteacher friend had made it on a computer. Still, Goehner persisted with his tall tales.

Noyes: "Are you still going to tell the story, sir?"
Goehner: "That's what I did, that's what's on here."
Noyes: "I appreciate your time. Good luck."

The news that they just sat through an hour of lies hit the veterans hard.

Beyond uncovering yet another case of stolen valor, it's important to consider the big picture. How do these lies get so far? How did it come to this? The first documentation of Goehner's lies comes from April 18, 2004 in his interview for the Veterans History Project. The federal government has spent millions of dollars collecting oral histories and cataloging them at the Library of Congress. They include Goehner, telling his phony stories.

In his interview, Goehner said, "I got a bullet here and it came out between two ribs." The recording and its Library of Congress listing convinced a reporter for the Gilroy Dispatch and Morgan Hill Times to write a glowing feature in 2013 on Goehner called, "The Original Navy SEAL."

"I tracked him down in Morgan Hill after reading a newspaper article written about him in Morgan Hill," said United States Air Force veteran Brian Shiroyama.

Shiroyama was so impressed after meeting Goehner that he brought him to the USS Hornet Museum's Director of Education Heidi Schave, who didn't think to check Goehner's records.

"I apologize, I'm just shocked as anyone else," she said. "That's not our policy here at all to promote any fraud at all, this is the first of my knowledge.

With his appearance at the USS Hornet, Goehner fooled yet another reporter who wrote an article that appeared on the Oakland Tribune and Contra Costa Times websites this weekend. The publications have since removed it.

"It's important to have it correct, it is not important to fabricate it, because all that does is taint the veterans that have given the greatest gift they have, which is their life," said Navy pilot veteran Tom Constable.

Goehner's own son told the I-Team that he heard the same war stories all his life and it's a shock. He's trying to figure out what this means for the family.
Related topics:
alamedamorgan hillsanta clara countypurple heartmuseumsmilitary uniformssoldiersveteransmilitaryi teaminvestigationmarinesveteran
Copyright © 2021 KGO-TV. All Rights Reserved.
RELATED 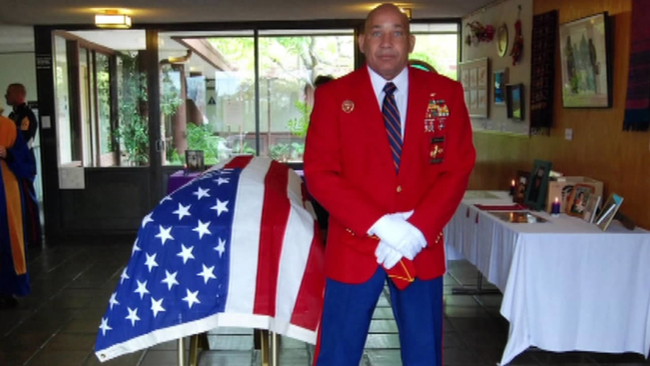 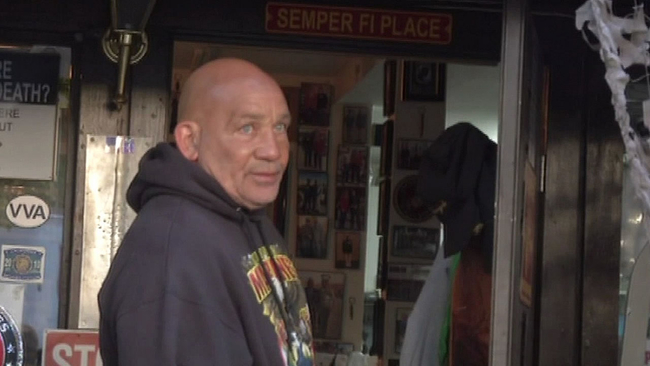 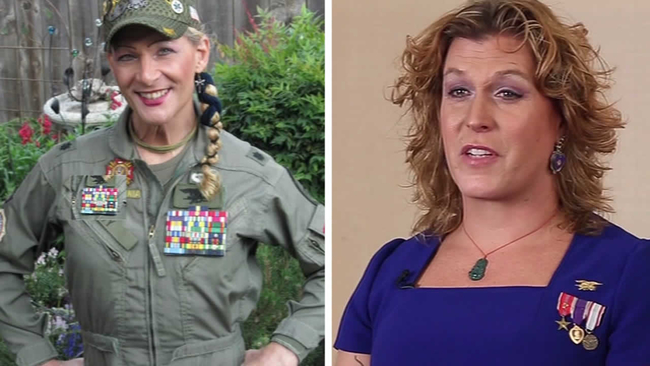