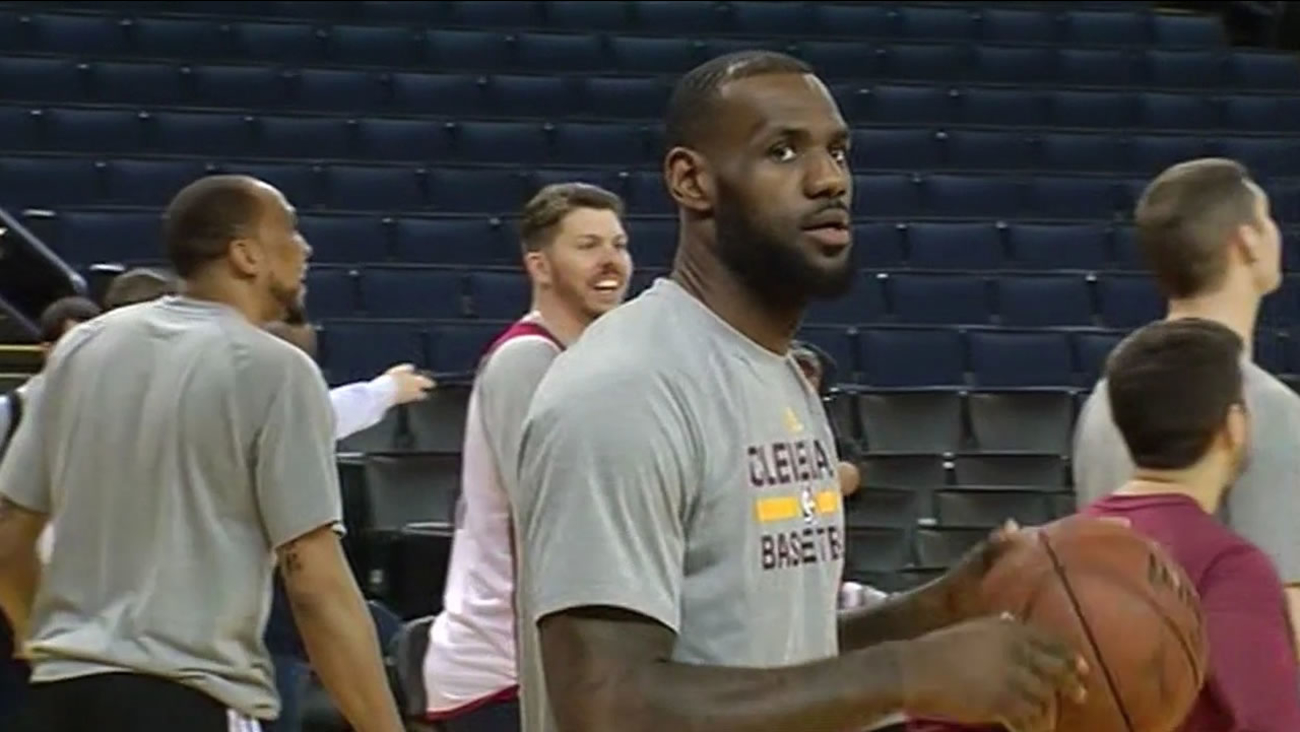 OAKLAND, Calif. (KGO) -- The first NBA Finals in Oakland in 40 years tips off Thursday night at Oracle Arena. You can watch the series only on ABC7.

A look at LeBron's numbers over his last 5 #NBAFinals appearances. What's in store for 2015? @cavs pic.twitter.com/L1duSdIR51

The media surrounds @Money23Green of the @warriors at #NBAFinals Media Availability on @NBATV. pic.twitter.com/X3Qtq9fMP5