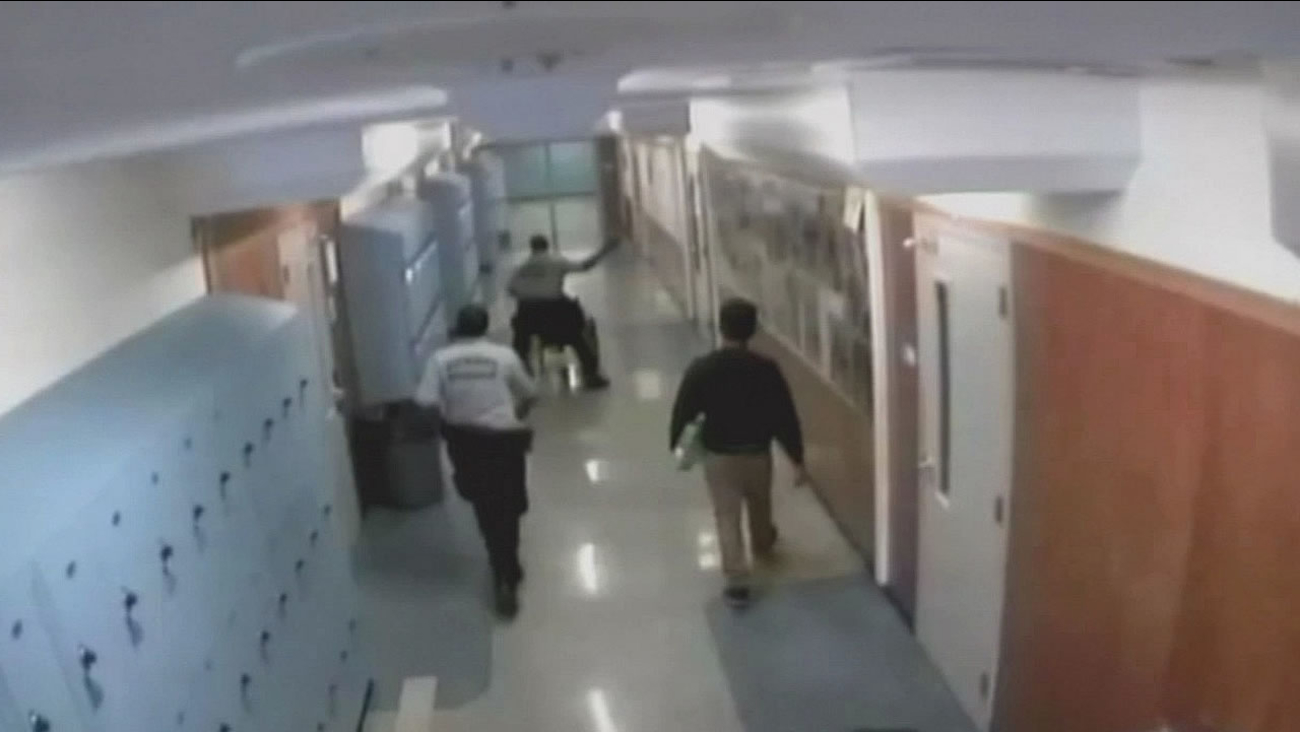 OAKLAND, Calif. (KGO) -- A Bay Area student with cerebral palsy was viciously punched by a school security guard. It's a shocking attack that was caught on camera. The student was brutally beaten and thrown from his wheelchair by the school staffer who was supposed to protect him. 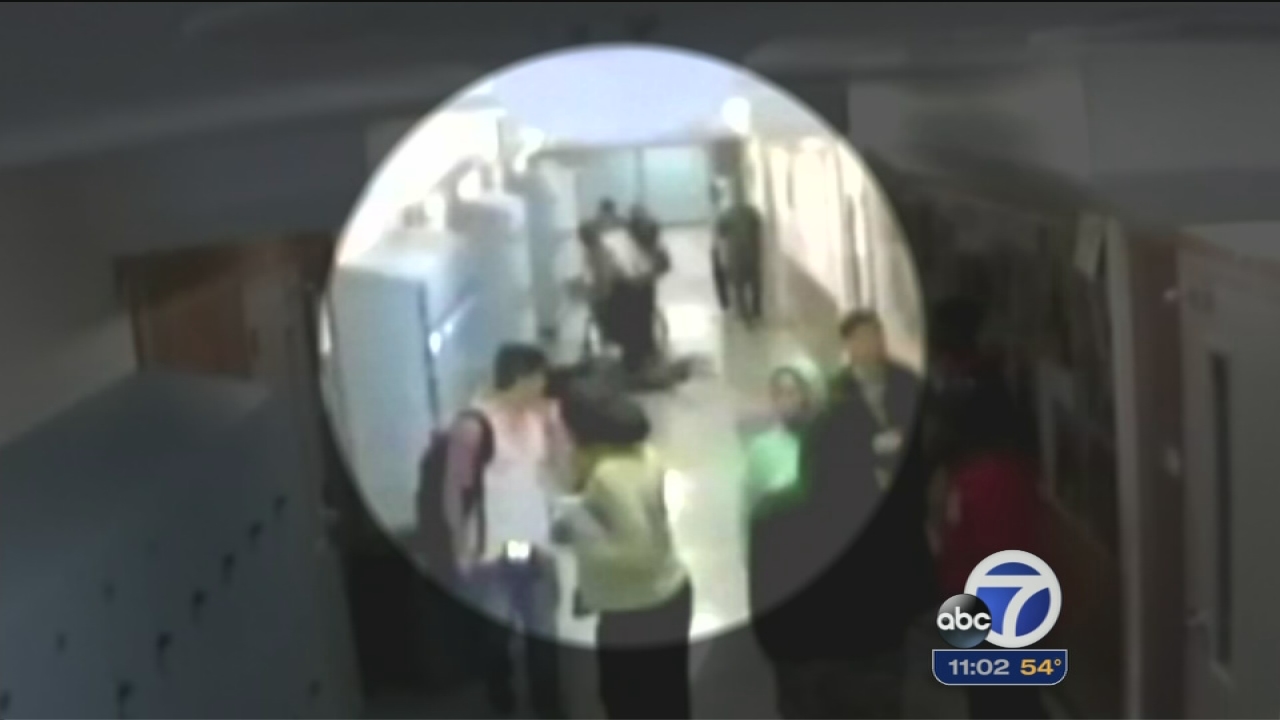 Student with cerebral palsy attacked by security guard
Oakland school officials say there's nothing to justify what a security officer did to a student in a wheelchair.

The Oakland High School security officer snapped and attacked a student in a wheelchair.

"The fact that it happened to a student who has cerebral palsy only compounds the damage and how awful this incident is," Oakland School District spokesperson Troy Flynt said.

On May 19 around 9 a.m., two security officers were urging several lingering students to go to class. School officials say the student either refused or wasn't moving fast enough. That's when 23-year-old security guard Marchell Mitchell began to push the student's chair. The student slaps Mitchell's hands, so Mitchell handcuffs him and continues to wheel him until the student spits in his face. That's when Mitchell starts punching the student.

"We acknowledge that there was a small physical exchange prior to the security officer essentially flipping out and attacking the student. But nothing that even remotely could have justified what occurred," Flynt said.

Oakland High School principal Matin Abdel-Qawi apologized to the school community in a letter saying, "This incident is not reflective of the kind of culture we cherish at our school or how we treat one another."

Mitchell was charged with felony child abuse and released from jail four days later. The school district says he passed a criminal background check, but now it will give security officers more training to de-escalate and defuse misbehavior.
Related topics:
oaklandeducationschool violence
Copyright © 2020 KGO-TV. All Rights Reserved.
More Videos
From CNN Newsource affiliates
TOP STORIES
Some churches wait on CA order to reopen, others to resume in-person service regardless