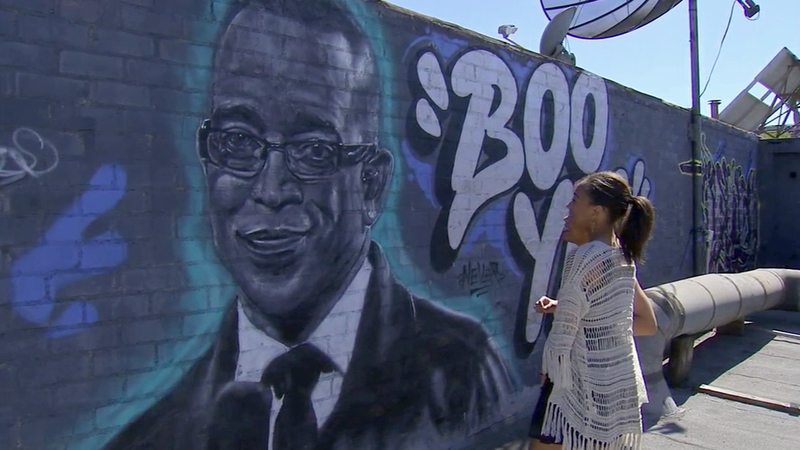 LOS ANGELES -- Stuart Scott may have lost his battle with cancer in January, but his memory lives on in a mural in the Westchester neighborhood in Los Angeles.

@ESPYs @ESPN We made it to LA. We're proud of our dad! Looking forward to be with our #ESPNfamily #StuartScottLegacy pic.twitter.com/rE2Bf73OMN