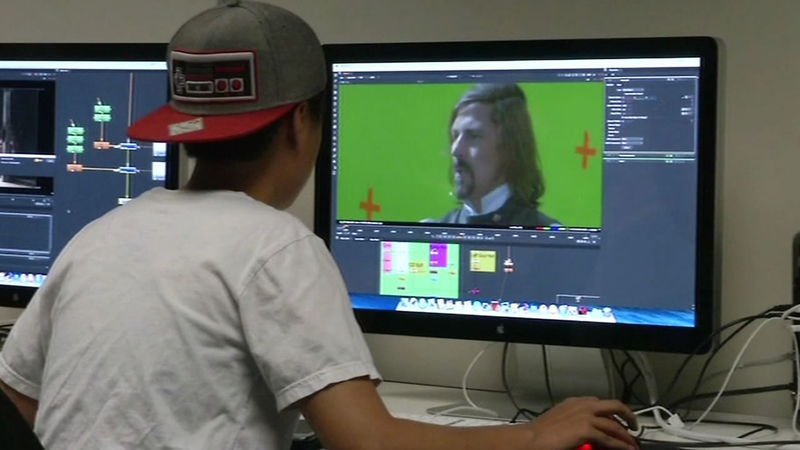 SAN FRANCISCO (KGO) -- Some San Francisco students could be among the winners at this year's Oscars.

Their Academy of Art University class was part of the crew on a movie nominated for "Best Foreign Language Film."

Instructor Catherine Tate finds independent filmmakers who need visual effects, but don't have the millions to make it happen.

So Tate's class becomes the visual effects crew and this year they've hit the jackpot. "This is the second Oscar nominated film we've worked on," she said.

"Theeb" was nominated for "Best Foreign Language Film and was set during World War I. "It really will set them apart when they are actually going out for jobs because they can literally say I have worked on a film that has been nominated for an Oscar," Academy of Art University supervising producer Sasha Korellis said.

The students get to work on all sorts of shots from creating entire explosions from scratch to the seemingly simple task of removing a wound from a head.

"Working as a student on this side and be able to have this other life, it's incredible. I would've never imagined it really," student and senior production manager Jennifer Hernandez said.