Suspects steal car during test drive, sell it on Craigslist 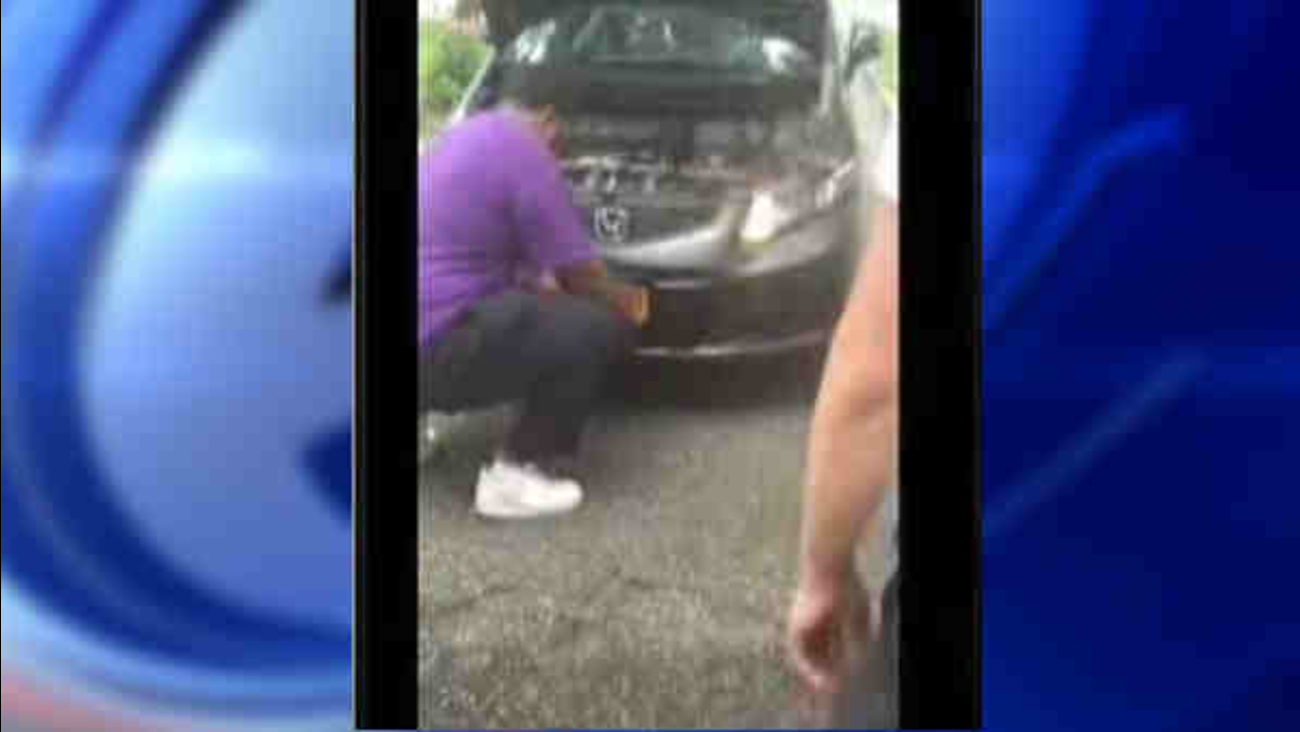 WESTBURY, N.Y. -- Imagine paying thousands for a used car, only to find out it was stolen. And this story is the case of not just one con job, but two. And video may help outwit the crooks in the end.

The thieves preyed on a car owner who was legitimately selling a car, stealing the vehicle while on a test drive before selling it to a buyer on Craigslist.

Now, Nassau County police are looking for the two men.

They say the video shows the grand larceny in progress, with the suspects coolly taking the plates off the car they're supposedly selling.

William Ho had been saving for two years to buy an extra set of wheels for his growing family, and he thought he found a bargain on Craigslist. It was a 2012 Honda Civic with low mileage, and for just $8,000.

Ho did everything right, getting a Carfax report and a clean bill of health from his mechanic, and even having the original title signed over to him. So he went ahead and met the sellers in Westbury, forking over the cash. But when he drove to the DMV to register it, Ho said his heart dropped.

The DMV told him his new wheels belonged to someone else. He never knew just four days earlier, cops say two men posing as car buyers took the very same Honda Civic for a test drive from a private owner. They then took off with it and everything inside, including the title.

"That's crazy," Nassau County police public information officer Kenneth Lack said. "It does happen once in a while."

Authorities are now investigating two crimes: fraud and grand larceny, and Ho's Civic was impounded. But the saving grace is that his wife's cell phone video captured the alleged thieves, and Lack says police are asking for the public's help in identifying them.

In return, police have some car buying tips.

"If you don't have to deal with cash, don't," Lack said. "Write them a check. Use another form of payment. PayPal."

When you're buying a car privately, don't rely solely on Carfax. Remember it's a great guide, but not gospel. Always check the VIN number, and don't succumb to high pressure. The sellers in this case pressured Ho to buy immediately.