KGO
By Dan Ashley
WILLITS, Calif. (KGO) -- Caltrans is making progress on the largest environmental mitigation project in its history, but the agency still won't confirm to ABC7 News how much the massive project will actually cost. The environmental work is linked to the troubled Willits bypass on Highway 101 in Mendocino County -- a project we've been investigating for the past two years.

Work is moving full speed ahead on six miles of new freeway, now on track to open late next year. Right now, traffic on Highway 101 goes right through Willits where it backs up on Main Street.

The freeway bypass will route traffic around all this. Construction started two years ago, but was delayed because of protests and lawsuits by environmental groups pushing for a much smaller road.

Those efforts failed and now Caltrans reports the bypass is about 75 percent finished. Many truck drivers, vacationers and local residents can't wait for opening day.

"Willits has always been a bottleneck. I just feel strongly Willits needs to be bypassed and it will be good for Willits in the long run to not have this major amount of traffic," Willits resident Jeanne King said.

Regardless, the cost keeps going up and is now estimated at $300 million with a big unknown -- the environmental price.

The new freeway runs through habitat for threatened salmon and steelhead with impact to thousands of trees and endangered plants. The seasonal wetlands are now being turned into a freeway interchange. As a result, state and federal agencies require the largest environmental mitigation in Caltrans history to compensate.

Caltrans won't say exactly how much the environmental work will cost. Two years ago it was supposed to be about $50 million. Now, expert analysis of the agency's documents suggests it's likely around $100 million. Critics are not surprised.

"Caltrans I am sure is going to overrun the already overrun budget that they have. They already came back and asked for another almost $10 million from our local funds," Willits City Councilmember Madge Strong said.

Those local funds are for use in all of Mendocino County.

"We have already basically hocked our future here in our county. All of the transportation dollars for the entire county have been sunk into this project," Strong said.

There is progress on the environmental requirements. Last summer, Caltrans was so far behind, the army corps of engineers suspended its permit and shut down much of the construction for three weeks. Eventually, the agencies struck a deal.

"Caltrans has addressed the most critical issues from the Corps' 2014 suspension letter," Sahrye Cohen from the Army Corps of Engineers said.

Caltrans has to make environmental improvements on 2,000 acres, including creating new wetlands.

"They help control floods by soaking up storm water. They improve water quality by absorbing pollutants and extra sediment. They provide habitat for plants and animals," Cohen said.

Caltrans refuses to talk with us on camera about the Willits project, but did show us some of the work. This crew is grading dirt for the first of the planned wetland areas.

Caltrans also installed 25 miles of fencing to keep cattle out of protected streams, 10 miles of underground pipe to bring water to the cattle and has begun removing invasive blackberries by machine.

But there is a lot more to do and once again, Caltrans appears to be falling behind.

Last fall, the agency told us five contracts for the environmental improvements would go out by April. But it's already August and Caltrans has only negotiated two of them.

Even when the work is finished, it will be years before we know whether the manmade wetlands are working. It may take just as long to heal a divided town.

"We're going to live with it. We are going to do the best we can to survive as a community," Strong said.

Thursday night, Caltrans will hold a public meeting on controversial plans to use herbicide on the project and there is still no resolution to ongoing issues concerning the discovery of Native American archaeological sites. 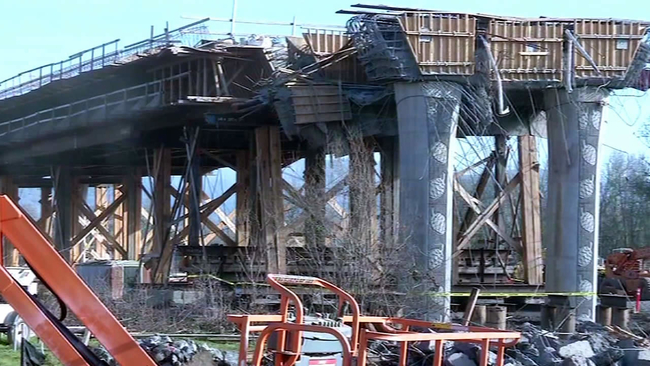 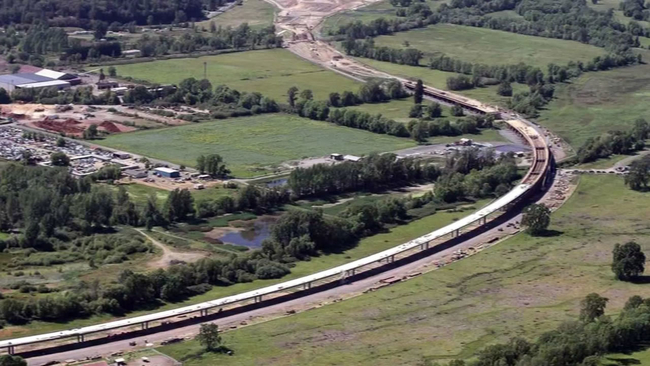 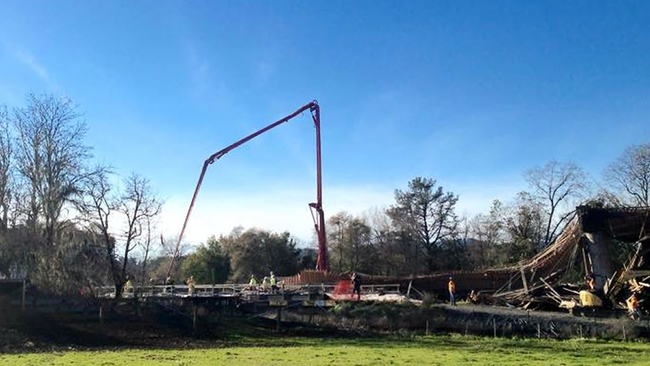 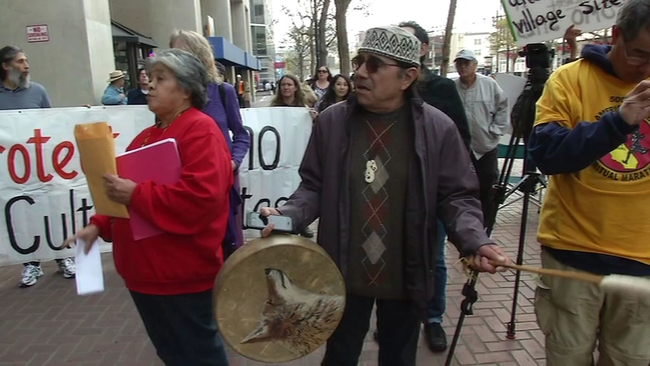